More history of the orange Biota Mk1 known as the Dutch Demonstrator Biota!
(original post of it's discovery here and history part 1 here).
René Sontrop, son of the car's builder and Dutch Biota-importer Jan Sontrop continues: "When the car was finished it was driven for quite some time on FH-plates (Dutch garage plates-JB). My dad constantly altered and improved it. Initially it used an 850 Mini engine but my dad later managed to find a Cooper 1000 for it and fitted that, which was quite an improvement. The handling of the car was superb and so much better than a TVR, which was imported by my father also, or even a Lotus 7. And my dad knew well how to drive it."
What exactly happened with the car after that is still a bit of a mystery. René: "We emigrated to France in 1973 when I was 15 and my dad sold all of his stuff in The Netherlands. He set up 'Atelier Sontrop' as a workshop and restoration company for prewar cars. I took over in the 1980s and moved to Jaguars mainly, even running a Jaguar-dealership in 1999. My father passed away eleven years ago now and my mother just three weeks ago. He was a real go-getter and did everything to sell these kit cars - he'd really fallen in love with them and used his orange car as a daily driver at the time. It brought him everywhere in Europe to promote the Biota brand. He sold one or two cars in Belgium through a garage called Francis Gueibe and I know he also tried to sell them in France, but was put off there as they wanted to crash test them first. I believe he also sold a few of them to Norway or Denmark." More research needed here.
So, is that it? It isn't boys and girls. This tale will have a surprise ending. That's up next. 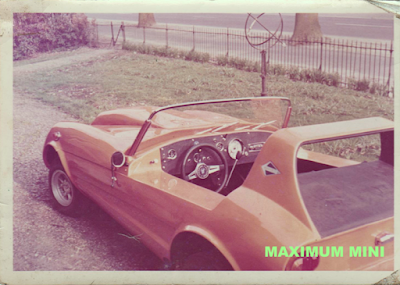 Finished: the Dutch demonstrator is ready to be used as a promotional vehicle throughout Europe
Picture courtesy René Sontrop 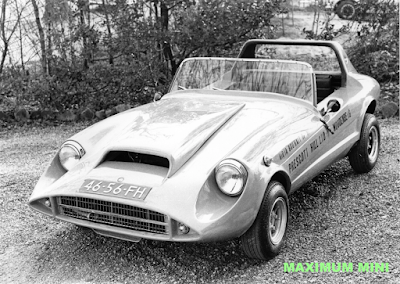 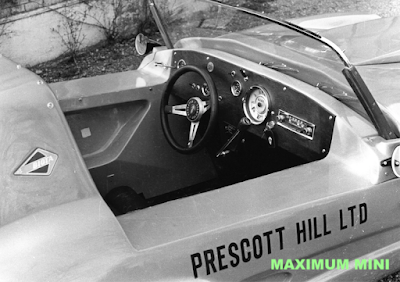 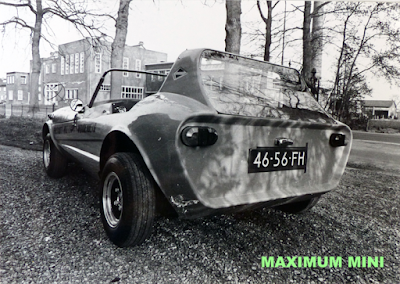 René Sontrop recalls: "He was a real go-getter and did everything to sell these kit cars - he'd really fallen in love with them and used his orange car as a daily driver
Picture courtesy Peter Niessen 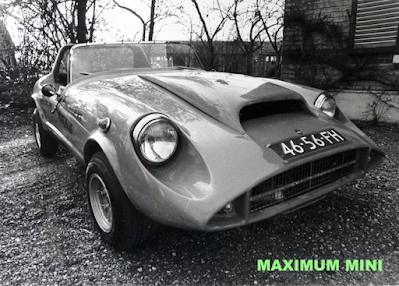 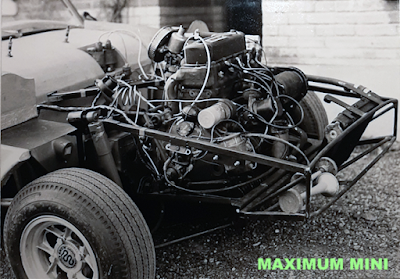 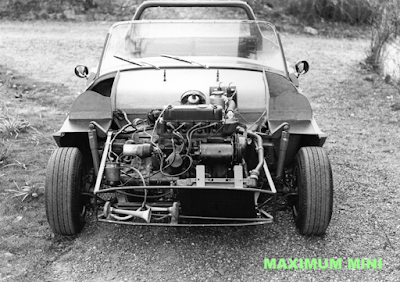 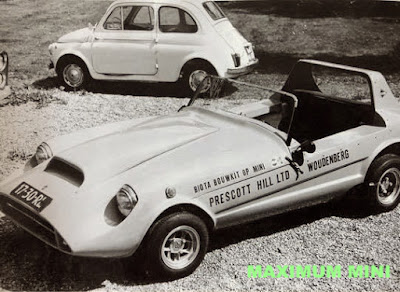 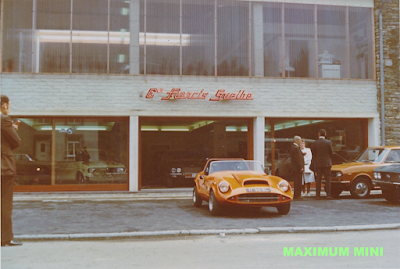 Sontrop took it everywhere in Europe for promotion. One or two cars were sold to Belgium through the dealership of Francis Gueibe
Picture courtesy René Sontrop
Geplaatst door Maximum Mini op 09:09