Since I posted about the little orange Biota Mk1, also known as the Dutch Demonstrator Biota here last week (click!), I have received a number of lovely messages from people who know more about the car. Fellow Dutchmen Olivier Bos (who found the Prisoner Moke in 2011) and Rob Mellaart (who had his work experience at Biota's factory as a youngster), sent me some photographs and documents. But best of all was to get in contact with René Sontrop from France. René is the son of Dutch TVR and Biota-importer Jan Sontrop, who'd set up Prescott Hill Ltd. in The Netherlands in the earliest of 1970s and who would become a very keen promotor of the Biota brand on the continent. Prescott Hill Ltd. also brought the Biota to the Amsterdam Motor Show in 1971.
René told me: "Personally I never really fell for the Biota, but the green metallic demonstrator of John Houghton that we borrowed for our display at the 1971 show, brought lots of interest to our stand. It was very busy at our place there during the whole show period. I was 14 years old at the time and dreamed more about a Mini Cooper or Mini Moke, though."
He also recalls a drive in John Houghton's demonstrator 'YWT 65G': "John Houghton was a particular man with a little beard. I was allowed to join him in the Biota demonstrator from the Amsterdam Motor show back to our home in Woudenberg, which was a nice souvenir to me. That green car was a real beauty, and since he was a racer it had several racing features."
Houghton returned to Woudenberg soon after the show to bring over the first two Biota bodies to The Netherlands: these were my orange car that was going to be build up as Prescott Hill Ltd's demonstrator and the yellow car that's been owned by Pieter and Jos Niessen for such a long time now (see Maximum Mini 1). Below is a nice selection of photographs, and there's more to follow in a next article. 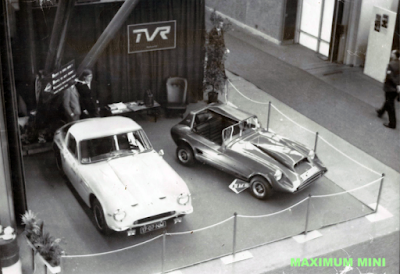 Prescott Hill Ltd. were the Dutch TVR and Biota importer, this was their display at the Amsterdam Motor Show in 1971
Picture courtesy René Sontrop 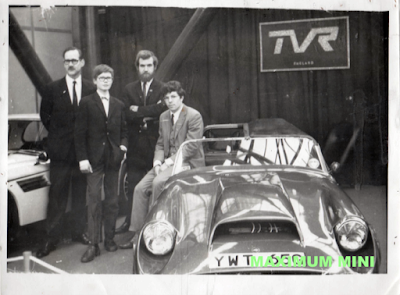 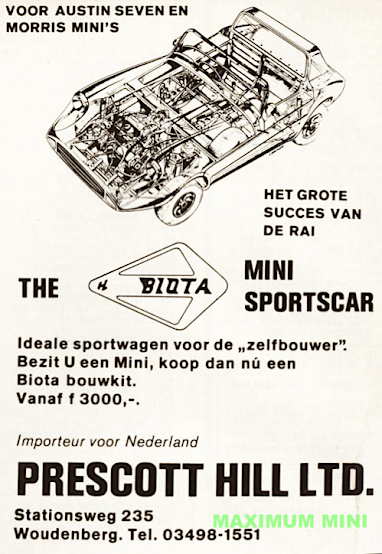 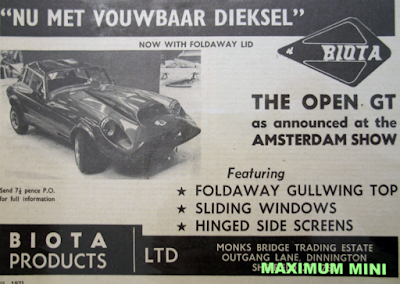 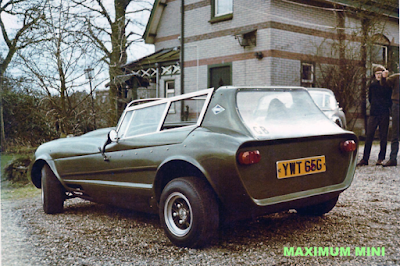 René Sontrop: "I was allowed to join Houghton from the Amsterdam Motor show back to our home in Woudenberg, which was a nice souvenir. René is the boy on the right
Picture courtesy Peter Niessen 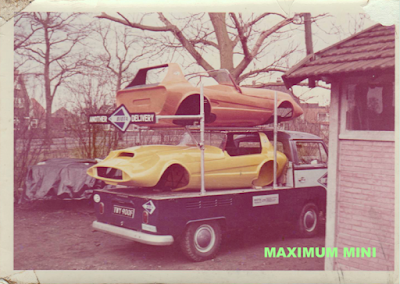 Next, John Houghton makes it over to Woudenberg to deliver the first two bodies to Prescott Hill Ltd's workshop. My car on top, the yellow one now owned by Peter & Jos Niessen's below
Picture courtesy René Sontrop 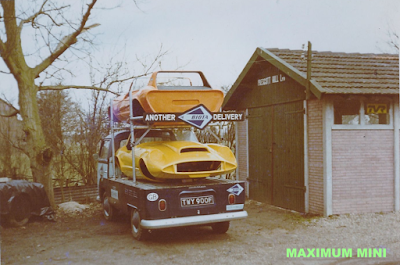 These were the first two Biotas to be exported. Sontrop became a keen promotor of the Biota brand
Picture Biota.jouwweb.nl 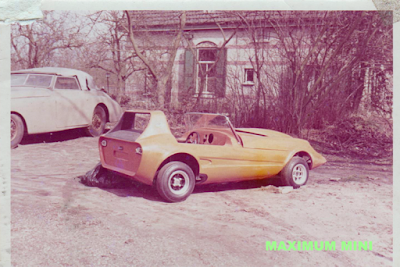 The 'Dutch demonstrator' half way in its build in early 1971. Note Delahaye beside!
Picture courtesy Rene Sontrop 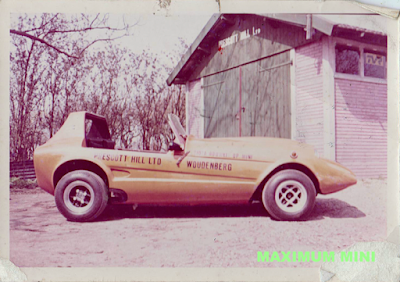 Finished and with promotional text on it. Prescott Hill's workshop premises in the back
Picture courtesy Rene Sontrop

June 1971: the Dutch demonstrator is seen here for the first time in a magazine ad
Picture Jeroen Booij archive 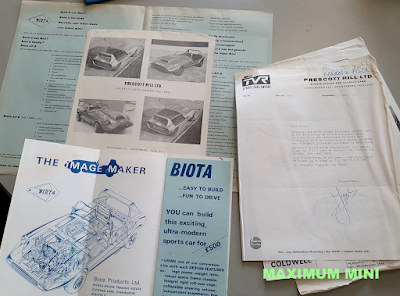 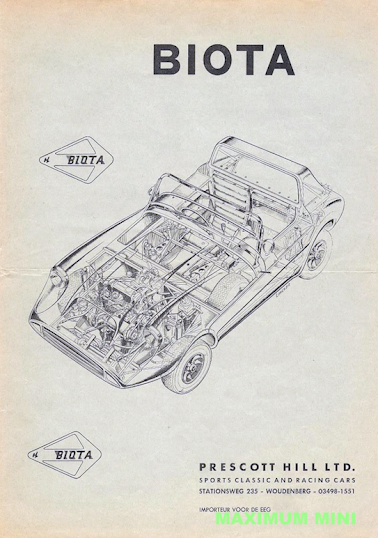