Over to the final episode in the Biota's history. For now at least, as the car is now reunited with the son of the car's original builder René Sontrop after 49 years! (parts 1 and 2 here and here)

I bought the car only two weeks ago from the widow of the man who'd owned it considerably longer: 36 years. From the correspondence that came with it I could make up he'd become the Biota's owner in september 1984 when the odometer read 'just about 5,000 kms'. Unfortunately I do not know where he got it from, so there is a gap between 1973 when the Sontrop family sold the car and moved to France and september '84. In a letter dated January 1987 the previous owner wrote: "In the short period that I drove the car, its acceleration and top speed really struck me. I easily passed the 170 km/h limit at one time." He also added that work on the car's restoration had started, planning to finish all that in July or August 1987. I think it never happened as the car looked as if it hadn't been touched for decades. A family member conformed this, too. New parts which he mentions in his letters were still with the Biota in a number of boxes.

René Sontrop was one of the first to contact me when I published the news of the car's rediscovery on Maximum Mini last week, and it soon became clear that he was eager to buy back his dad's old car and restore it. René had been looking at another Biota Mk1 restoration project in the UK some time ago but found that car needed too much work, whilst not having a family link like this one. And so we made a deal and he came over from France to pick it up yesterday.

Although I was sad to see it go, it was fantastic to reunite René with it after 49 years. A bit of a throwback to 2018 also, when Peel Viking-builder Ben Konst was reunited with that other Dutch demonstrator! (here). René brought me some more Prescott Hill Ltd. brochures and also told me that his dad had great difficulties in selling TVRs in The Netherlands, although at the Amsterdam Motor Show there had been one famous Dutchman very much interested in a Vixen: football star Johan Cruijff. But there had been two cars which had his interest and eventually he chose for the second option: the Datsun 240Z. René's dad decided he didn't want to put more effort in TVRs and fully focused on the Biota, of which he sold five in The Netherlands and another few in other European countries. René is now planning a full restoration of the old Dutch demonstrator and has promised to keep me posted. 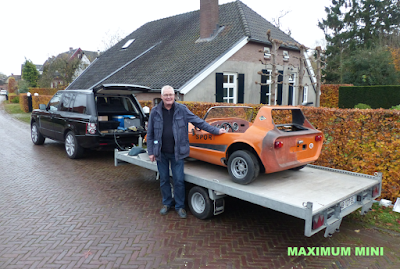 Reunited after 49 years: René has now bought the Biota built by his dad
Picture Jeroen Booij 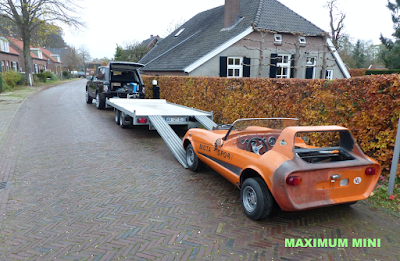 Although I was sorry to see it go, I'm sure it is in the best possible hands now
Picture Jeroen Booij 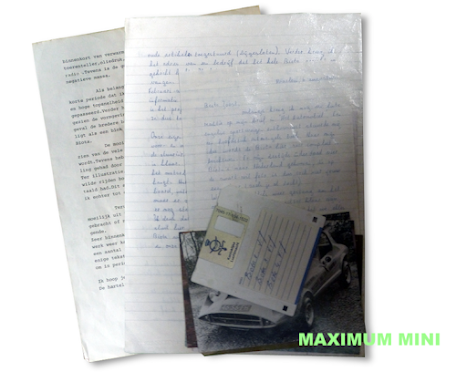 Some of the correspondence that came with the Biota, which included a floppy disc...
Picture Jeroen Booij 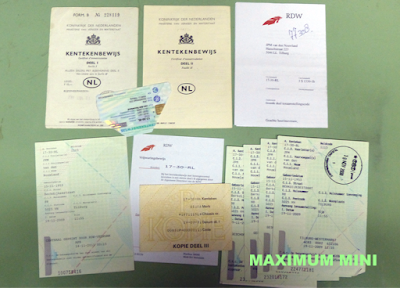 Registration paperwork confirms it had just one owner for the last 36 years. But there is still a gap in the history between 1973 and september 1984
Picture Jeroen Booij