Years ago I was told about a one-off twin-engined Mini special, built in The Netherlands in the early 1970s by the late Jan Slotboom. Arch Mini enthusiast Sipke Blom was the one to tell me about it and also added that he'd owned it at one time and - to his own shame - scrapped it. He really regretted that and also for not even having a picture of it either.
But I did find out a little more, as I contacted the son-in-law of Slotboom back in 2015, who remembered it well then. He told me: "It started when we found out about rallycross in the UK, broadcast by the BBC television. We really liked it and helped to promote a similar series in The Netherlands. David van Lennep was the main promotor behind it. At first it was all very amateurish, but then there was the Dutch ace driver Jan de Rooy who had a four-wheel driven DAF."
"My father-in-law thought he could make something like that and came up with the idea of the Twini, which used two 1100 engines. It was made with the rally cross in mind and I remember we tested it on the A50 motorway here in The Netherlands, which was under construction at the time. It came with a simple aluminium body and was very fast. It did especially well in the mud, but there were always troubles to synchronize the gearboxes. My father-in-law passed away in 1991 and the Twini went on to Sipke."
Sipke Blom now contacted me again as the son of the man I spoke to, now found more on the car after all. Sipke added: "He says there are more pictures and even film footage which I hope to see soon. This photograph was taken at the Valkenswaard circuit in 1971, when the car came first in the Special class at the Dutch Rallycross championship. The two 1100 engines came with very special cylinder heads with the biggest valves I have ever seen, even in 1300 engines. Although I still very much regret to have scrapped the car, the son has now at least become really enthusiastic and I hope to see more of it soon." 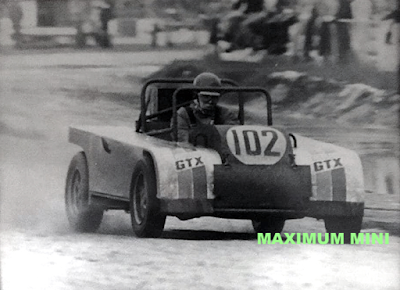 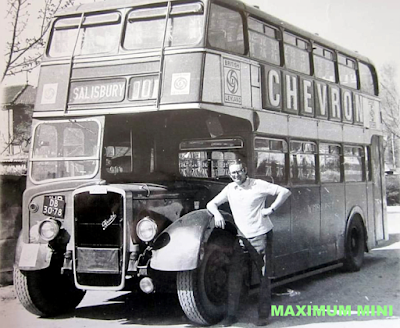 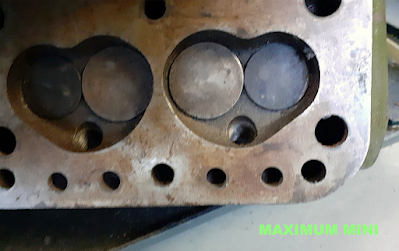