Shortly after the article about Andrew MacLean's far flung adventures of building Mini-based cars overseas got published (more here), I received a message from Barbados. Charles Fuller Cowles owns one of the 'Carimoke' Jiminis built there under MacLean's supervision. He wrote:
"Hi Jeroen, Hope all is well with you in this difficult times. Hopefully I can get a little help in finding the parts I need for the Carimoke. Currently we need a carburetor. Original parts are made by Evolution cars. Any help on where to get parts? we have not been able to find correct engine numbers, so any help or leads would be great. Hope your are well in these odd times Keith."
Naturally, Andrew was the first man I thought of but unfortunately he couldn't help and so I passed Keith over to MiniSpares North, which has been of great help for me before. But somebody here may be closer to Keith on Barbados and may be able to help also?
UPDATE 4 February 2021: Reader Dennis van Eck recognizes the engine as a Maruti! And so does Andrew MacLean: "I thought it looked a bit different! That's a Suzuki Maruti based CariMoke! From the new moulds made in Barbados. Nothing Mini based there, apart from the styling. Note the 13" wheels and much taller windscreen. And the dead giveaway Evolution Cars nameplate on the Suzuki engine? The Maruti is manufactured in India. I think an internet search might find parts for it... Also... The Mini based CariMoke used the earlier A-Series power units of 998cc designated 'ULG' (UnLeaded Green) low compression also known as 'pre' A+. The units were sourced from Powertrain Products, a subsidiary of Unipart, at the time and were very old NOS!" 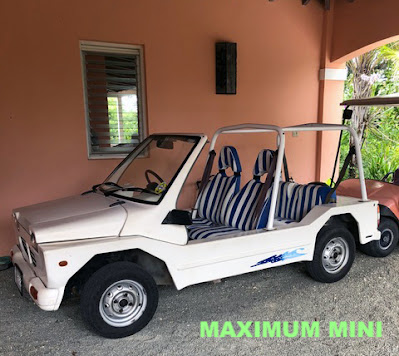 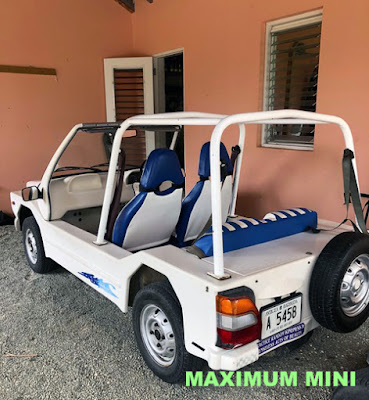 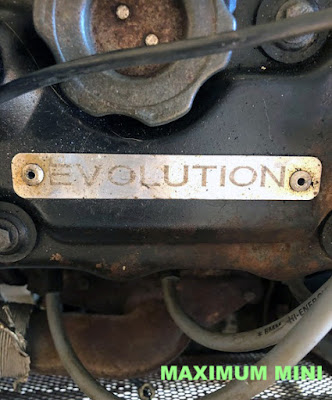 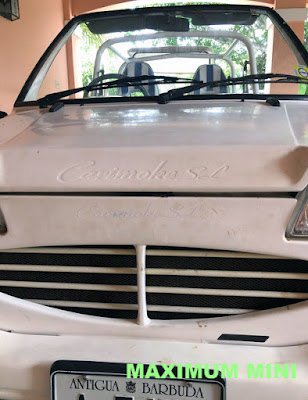 The Carimokes used 998 Pre-A-series engines originally destined for the Mini Cord of Venezuela
UPDATE: But this one doesn't - see above
Picture Charles Fuller Cowles It's unknown to me how many Carimokes were made. This looks to be number 12, built in 1998?
Picture Charles Fuller Cowles
Geplaatst door Maximum Mini op 09:59