About half a year ago I wrote about a Broadspeed GT registered FOH 500D, which was road tested by Motor in 1966 (see the article here). Thanks to some observant readers I learned that the same car was road tested in period by a Swedish magazine named Bilsport also. A Swedish website showed a copy for sale and Rainier de Klark, who runs Klark Classic Cars in Sweden was kind enough to buy it for me and send it over. I've copied the report and its pictures below - all for you, dear reader!

Like Motor magazine, Bilsport's road tester Per Cewrien also mentions that the 1275 engine produced around 100hp. He made it over to Birmingham to drive the car and photograph it for a two-page report in May 1966. His article is mostly about Broadspeed itself, the technical details of the car and how it was built. But Cewrien concludes the article with a remarkable ending. He writes:

"Som de flesta kanske förstår, ar Broadspeed GT en bil, som vem det vara månde bör kunna komma överens met och vi ser onikligen fram mot den dag då den kommer att importeras till Sverige. Vissa trevare har gjorts i den vägen, men mer är det väl inte." Google makes the following of that: "As most people may understand, the Broadspeed GT is a car that anyone should be able to agree on, and we are unequivocally looking forward to the day when it will be imported to Sweden. Some threesomes have been made in that way, but it is probably no more." What did he mean there? Was this only the third car made and did Ralph Broad really plan to stop production already at the time? That would rewrite Broadspeed history, wouldn't it?

UPDATE 17:30: No rewriting needed. Micke Pettersson helps us out of the dream.: "A quick translation: ... we certainly look forward to the day when it will be imported to Sweden. Some careful attempts has been done in that way, but more is it not" Interesting, though! 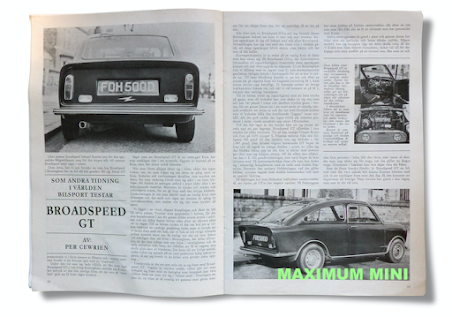 Swedish road tester Per Cewrien had a go in the Broadspeed GT, probably in early spring 1966
Picture Jeroen Booij archive 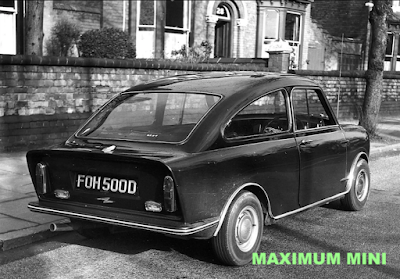 This picture of FOH 500D was seen before on Maximum Mini. It must be from the same shoot
Picture Jeroen Booij archive 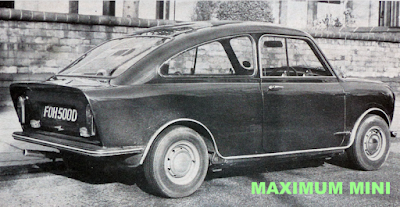 Better view on the picture in Per Cewrien's report, clearly made at the same place
Picture Jeroen Booij archive / Bilsport magazine 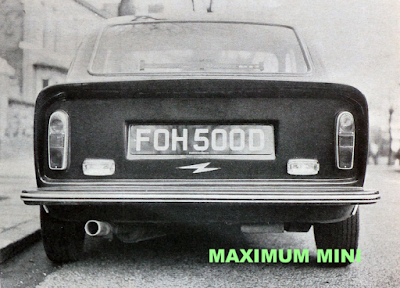 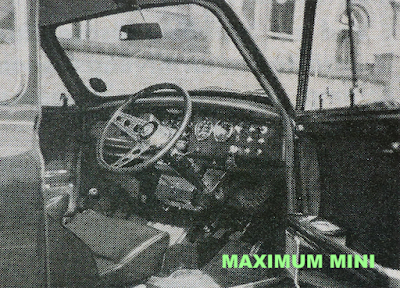 From the original article: "The steering wheel has significantly more rake. The front part of the door compartment houses a combined compartment for cigarettes and other small items"
Picture Jeroen Booij archive / Bilsport magazine 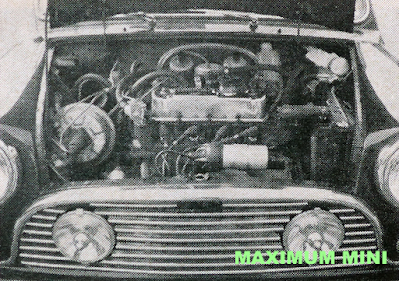 From the original article: "The engine is said to have been machined outside and inside"
Picture Jeroen Booij archive / Bilsport magazine
Geplaatst door Maximum Mini op 13:45