Endrust sounds like a rust converter, as Slideaway sounds like a sunroof company, don't they? Well, that's what they are. But the British companies wanted to be a bit more than just that and decided to team up and start coachbuilding in the late 1970s, too. Undoubtedly with Wood & Pickett as their prime example.

Needless to say, the Minis they offered were well protected to rust and came with a full sliding roof. The car that Endrust had on display at the 1977 Motor Show was on top of that equipped with vinyl roof and rear, a striped interior, wooden dash, steering wheel and door cappings, alloys and nudge bars, while one seen in a Slideaway advertisement added the name 'Monaco Mini' on its doors. Anyone who knows more about them? 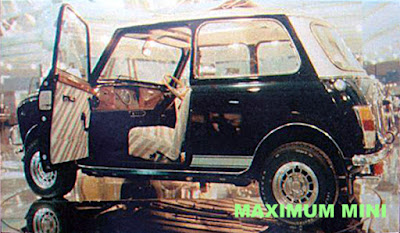 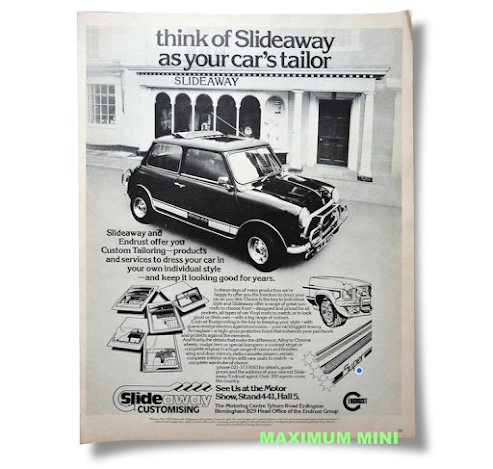