The exact number of Deep Sanderson 301s built may never be revealed, but still new information about these cars keeps on turning up.

Over the years I photographed a few survivors in the UK, France and Germany and was lucky to interview founder Christopher Lawrence not long before he passed away in 2011. Lovely pictures and information from past owners turned up also (here and here for example) and last year I learned that the former Nurburgring racer was turned into a Triumph-based Special before being scrapped later in its life.

So how about the picture of the yellow one registered CPP 929F that's been in my files for years? I think the picture was cut out from its background for use in an ad, and I even believe I've seen that ad, too, but can't find it back now. The DVLA has no information on the registration number, but you may..? 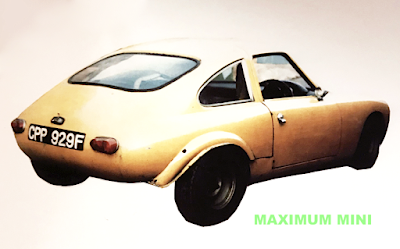