Turner Ranger to be resurected

If the global lockdown is good for one thing, it is for Mini variants coming out of the woodwork and restorations on them being started. Andy Downes dropped me a line about a rare Turner Ranger that's been unearthed recently. He wrote:
"Hallo Jeroen, I got excited when I saw this today, it belongs to my local garage and they've dragged it out the shed to renovate it during lockdown (they love old cars and have many). It's a Calor (or Turner) Ranger and is a small runabout rather like a quad-bike. It has a Mini engine arranged front-to-back with one driveshaft driving the front wheels and the other the back wheels! Mini suspension with Triumph Herald differential on each axle and four wheel steering. You've probably heard of Calor Gas and the Calor in this vehicle's name is because some ran on gas others petrol, apparently they also featured in a James Bond film "For Your Eyes Only" I think. It seems 200-odd were made under licence from Calor. Please let me know what you think. Andy"
I knew of the Ranger and have it included in Maximum Mini 3, but it is splendid to see this survivor being taken care of. Thank you very much Andy! 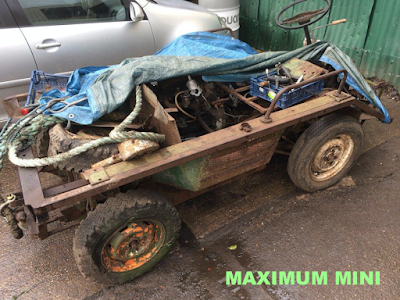 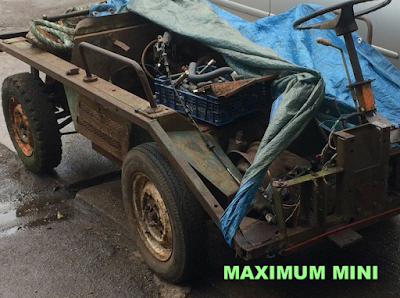 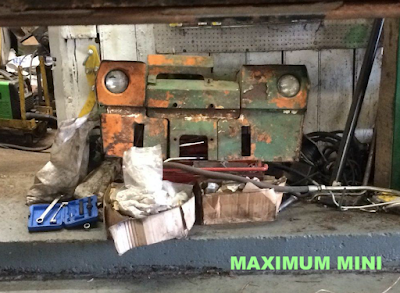 Bit of the Ranger's body and more parts in boxes, it all seems to be there
Picture Andy Downes 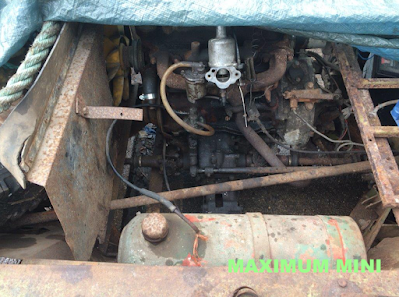 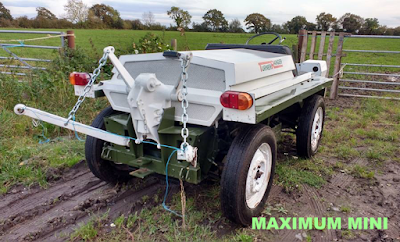 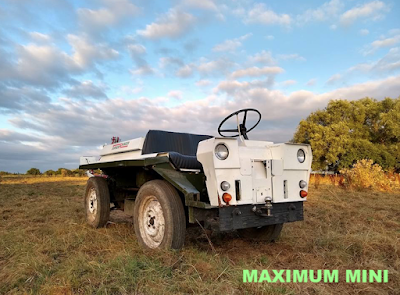