You know the Nota Fang and you know it was Australian. Right. But did you know that the sharply styled, rear wheel driven and Mini powered Fang (or Nota Type 4) was built and offered for sale in the UK, too? It was. As a matter of fact Nota instigator Guy Buckingham was an Englishman. He used to be a clock maker in Buckinghamshire before he moved over to Australia in 1952 and started building the Fang there. He made a few other models first, of which one was featured here before as a legendary motor (see here and here). But with the Fang production grew more rapidly. Buckingham's son Chris helped building the cars and expanding the company and in the 1960s they'd become a small motor manufacturer in Parramatta, New South Wales.

But while Chris stayed Down Under to run the company, Buckingham senior returned to the UK in the early 1970s. And it didn't take long before he decided to set up a branche of Nota Engineering there. In fact the Fang was offered for sale from Wootton Bassett, Wilts in early 1972. I'd seen a press picture of the UK-built Nota and there was a report in Custom Car magazine, too. But more recently Richard Heseltine sent me a copy of a brochure I'd never seen before (thanks!). It shows the same car as in the article, registered 'EUD 715K' and I wonder if it's the only non-Australian Nota Fang? According to Peter Filby "It seems no more than two or three cars were ever built here" but is that true? And if so, where did these cars go? Questions, questions... 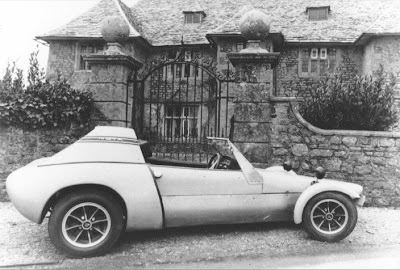 According to Guy Buckingham 'EUD 715K' was hastily put together. Is it still with us?
Picture Richard Heseltine archives 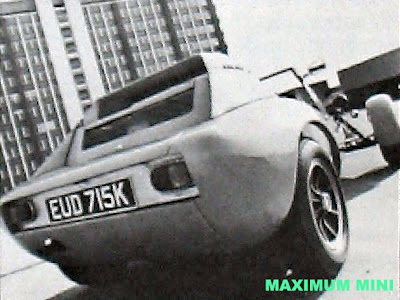 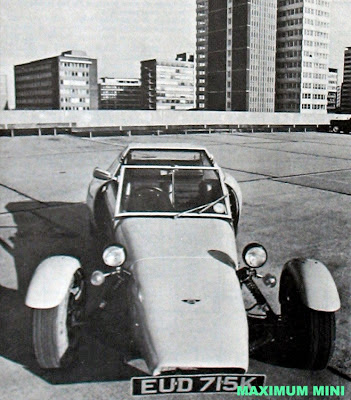 On a London roof top. But were there ever more Nota Fangs in the UK?
Picture courtesy Custom Car 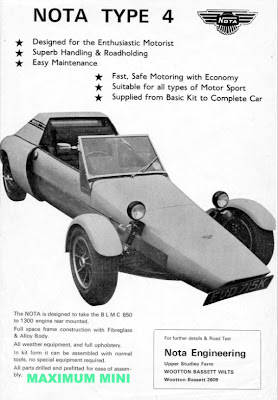