Avid readers know I squeeze in an 1100 based car here every now and than as there have been some groovy designs based on these cars, too. Remember this one? Or this one here? And how about this? Time for another one now: the MG Wasp. If that's a model you have never heard of - don't worry. In fact the Wasp was a project car by American motoring magazine Sports Car Graphic in 1964, which I don't think ever got finished. The idea was to follow the car's built in a series of articles, starting in February 1964. It was followed up in the next month's issue but faded into obscurity after that. A tubular chassis was made though and was supposed to carry a standard and mid-mounted 1100 engine plus one very good looking body. The idea was to start up a small production line and sell them for 3,000 dollars. I don't think it ever got that far, but it would be nice if someone knew for sure... 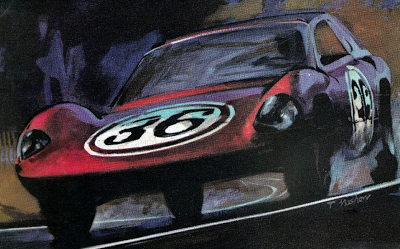 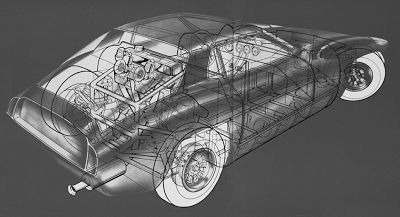 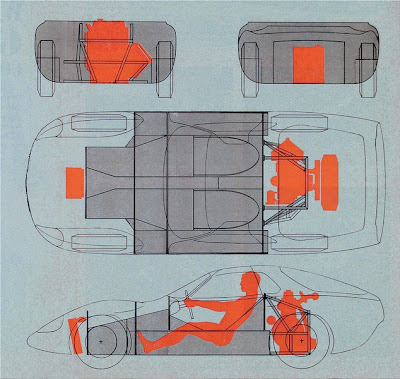 MG Wasp was supposed to have an 85" wheelbase, 43.6" height and weight of 900lbs
Picture courtesy Sports Car Graphic magazine