We've seen spoiler sets and body kits on plenty of Mini derivatives. Unipowers, Mayas, Mini Marcoses, Ogles and even a DeJoux didn't escape to the hands of the add-on scene. But on a Foers Nomad? That was new to me. This one is currently for sale and the seller states it is unique. Apparantly lots of work was carried out on it recently by Minispeed in Byfleet, but it's unknown whether they were responsible for the unusual arches and spoilers. The owner says it is one of only 600 Nomads ever made since 1969, but John Foers didn't start building them anytime before 1977 and didn't build quite as many. In fact, he confirmed to me the total number built is 164. This one is on 1969 plates though and certainly looks to be the only one of its kind. See the ad here. Thanks Małgorzata Czaja for the tip! 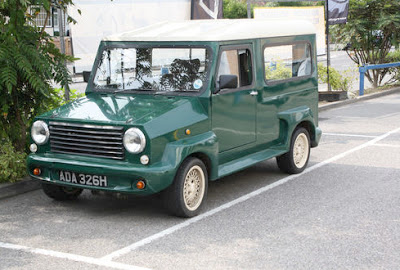 A Foers Nomad but not as we know it. Anyone who recognizes the body kit?
Picture courtesy ebay.co.uk 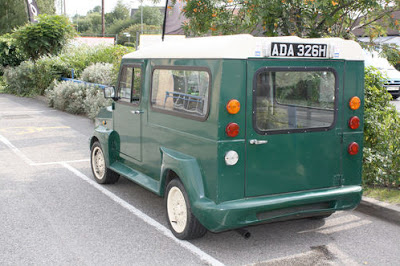 It looks like a nice example though. The engine is a 1275 of 1995-vintage
Picture courtesy ebay.co.uk