Looking up some pictures of the infamous TransXL Mini Marcos lately (the 390kgs lightweight car that won the Modsport championship twice and also set four land speed records under TransXL sponsorship) - I came across this fascinating shot of the car with TransXL boss Jack Napper and his wife Beryl, together with an unknown couple; the Mini Marcos, plus behind them the Mini powered TransXL Davrian Mk7. I'd almost forgotten about that one, while it definitely is a very fascinating car, too.
From what I understand is that TransXL's talented driver Steven Roberts took the 1460 cc engine from his famous Mini Marcos (a Mk3) and bolted it into a brand new 1979 Davrian Mk7. He continued to raced it under TransXL sponsorship from 1980 to 1984 and entered nearly a hundred races in it during that time. Strangely, and contrary to Robert's earlier Marcos, I do not have too much documentation about it. All the historical pictures that I did find in the files are reproduced below, plus one shot of the car as it is now, owned by the wonderful Chris Griffiths. Chris bought it in 1989 to become its 4th owner. It has never been road registered and has only ever had an A-series engine fitted. These days it still comes with a 1460, now with split 48 DCOE's and a Jack Knight 5-speed gearbox and limited slip diff. Both historically as currently a fantastic car. 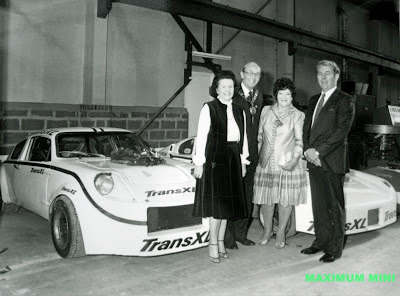 Jack and Beryl Napper with unknown couple in between them. Plus both TransXL race cars
Picture Jeroen Booij archive 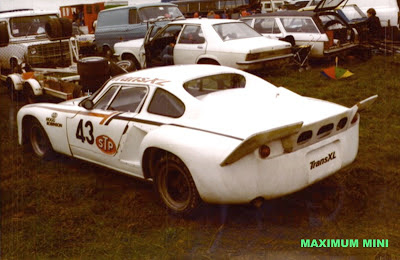 The TransXL Davrian where it could be seen most of the time when not racing: in the paddock
Picture Jeroen Booij archive 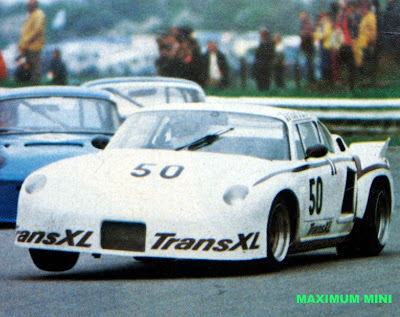 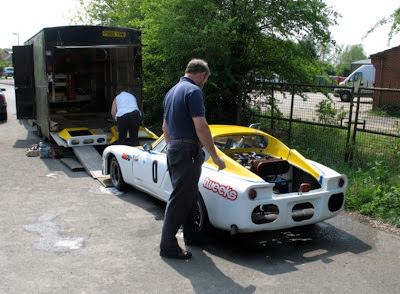 The car as it is today, still with 1460 Mini power, here being unloaded by Chris Griffiths
Picture Jeroen Booij