You know the Nimbus Coupe, do you? Then you may have heard of the Boxer Sprint, too. This car was developed by Ian Shearer, who came up with the Nimbus, too. However, the Boxer was never a success, and apart from the 1986 prototype, no more cars envisaged despite it being a cover car for Kitcars and Specials magazine in September '86. Shearer sold the car many moons ago, regretting it very soon after, but he never found it back. And so, I dropped him a line immediately after I'd been sent over a picture of the car. It looked rather sorry for itself but at least it was still there. You can imagine Ian's urge to see it. He wrote to me:

"My old Boxer looks complete, any idea where it is?? I would love to get it back."

I only knew it was photographed in Lydd, and Ian replied: "Wow!! Lydd is not far away and I've brought my trailer with me, perhaps I might get lucky." A day later he came back to me: "I have had a quick look around the most obvious yards in Lydd, but as it is very rural and a bit of a rabbit warren, I have not yet found any leads to the whereabouts of my old Boxer. I just hope I can find it before the yard owner disposes of it. I don't suppose the chap who spotted it has got back to you with a more specific location?"

Ian again: "Thanks Jeroen, I have a couple of places to search tomorrow, but when the weather improves; hopefully at the weekend, a friend who runs air taxi/medivac from Lydd airport said he would give me 30 minutes in one of his helicopters to help with the search."

But then the photographing guy did come back to me with a location. Ian was over the moon: "Well! That's saved a helicopter ride. Today would not be a good day for air recon, everything is covered in a light dusting of snow. We're off to make contact straight after breakfast and too take a few pics. Thank you sooo much for your input Jeroen, lets hope I can secure it quickly!"

So far, so good. Ian went over to the place to have a look, but still hasnt bought it. He wrote: "All is very slow, the owner tells me that the car is part of a company and will only be sold as such? I am meeting with him next week, hopefully to sort out the details. Fingers crossed that it does not take to long, although I am not to worried about extended time scales, as long as I achieve my goal…" 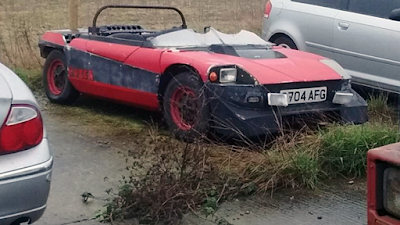 The sole Boxer Sprint, found on a farm place in Lydd recently. Hopefully soon to be moved
Picture Tobe Bailey 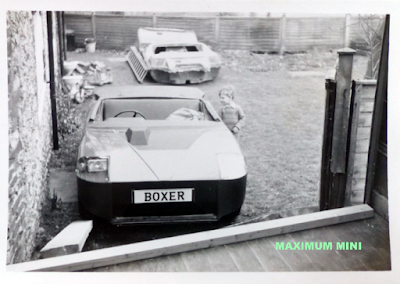 The car being built at Ian Shearer's place in the mid-1980s. Note the moulds behind it
Picture Ian Shearer / Jeroen Booij archive 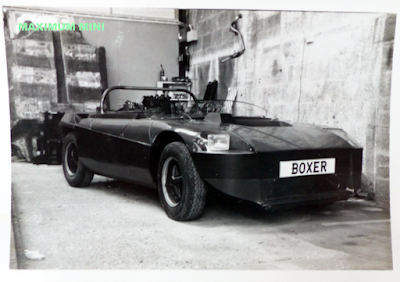 Completed at Tollgate Garage in Rye, from where it was marketed, too. Prices started at 695 GBP
Picture Ian Shearer / Jeroen Booij archive 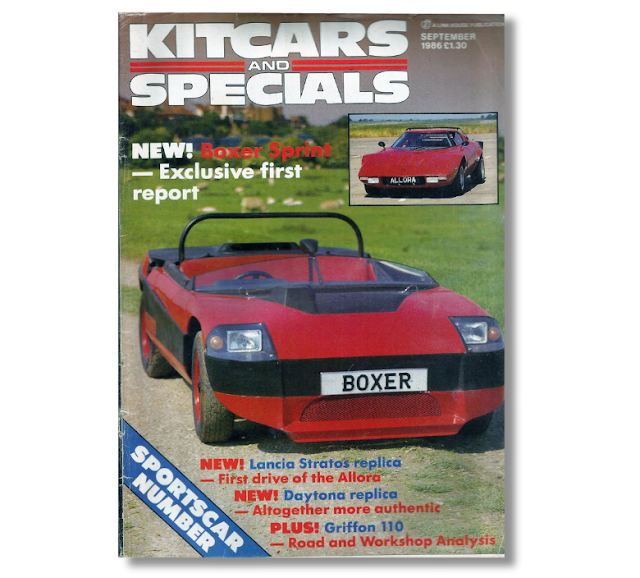 September 1986: cover star of Kitcars and Specials magazine. It did not help sales though…
Picture Jeroen Booij archive