This month appears to be Moulds Month! only a couple of weeks ago we saw Siva Buggy moulds turn up in New Zealand (click here), followed by the rediscovery of a set of Mini Jem moulds soon after (click here). And now, a set of moulds for the Mk3 Mini Marcos has turned up. They are, in fact, the moulds made by Brian Raubenheimer in South-Africa where the Mini Marcos was made under a license from 1967-on. Raubenheimer did not produce an awful lot of African Marcoses (the Mini Marcos Owners Club believes there were about 40), and that may be the reason why these moulds are believed to be in a fine shape - the pictures seem to confirm it. The new owner, who bought them together with the rights of manufacturing new bodies, wishes to remain anonymous but told me: "If someone is interested in new made parts, they can contact you first." Drop me line when you are. 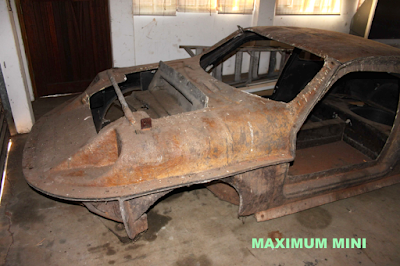 Mk3 Mini Marcos moulds seems to be in a fine condition. They date back to 1967
Picture Jeroen Booij archive 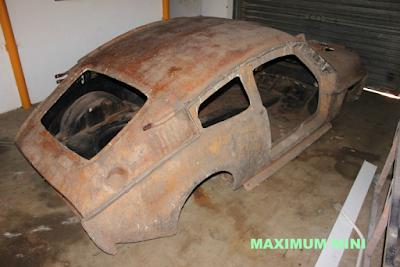 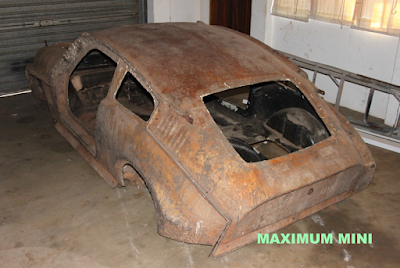 The moulds have now been sold, together with the right to remanufacture new shells
Picture Jeroen Booij archive