Broadspeeds of Spain, where are you?

I wrote about it before on these pages (click here), but so far there is no news that I know of about the Broadspeed GTs that were exported to Spain. Several sources claim that quite a few ended up there, but I have never heard of a survivor there. There were dealers, that's a fact. Several garages were marketing the Broadspeed GT in Spain. I already had some old ads from them, but Cristian Sanmartin Castro recently sent me a few more clippings.

So far, I found the following dealerships/garages offering the GT in Spain: 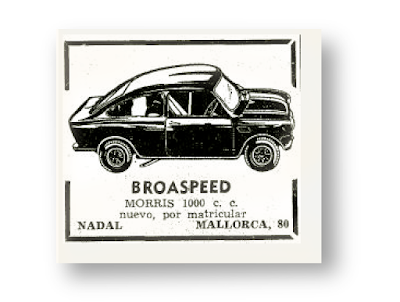 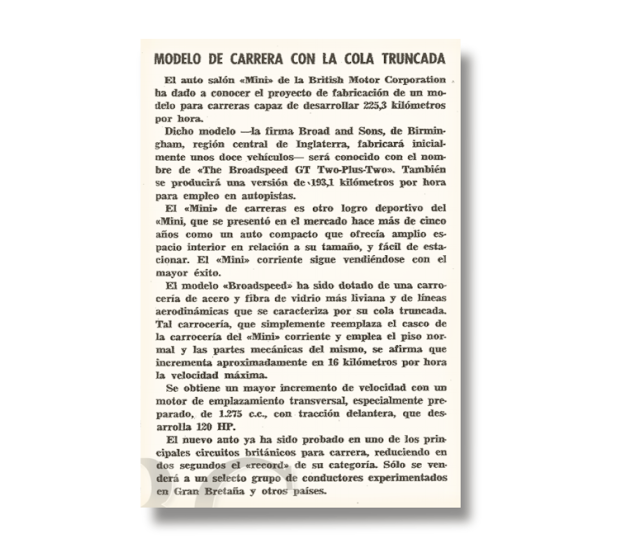 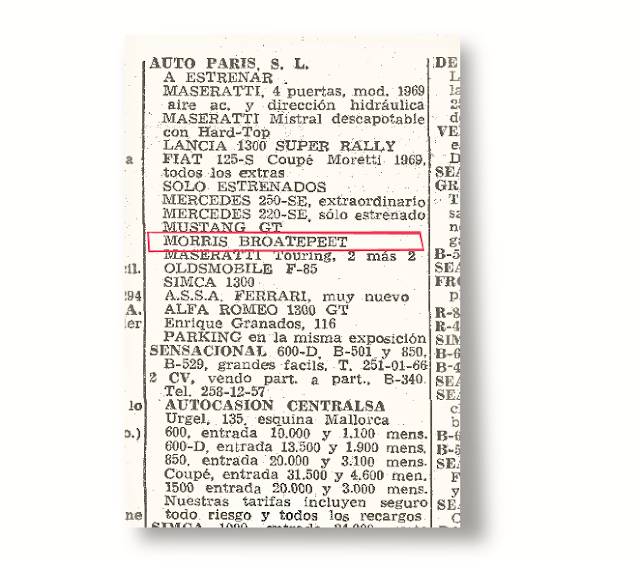 Another dealer, Auto Paris SL, had the car, too, although naming it 'Broatepeet'
Picture Jeroen Booij archive 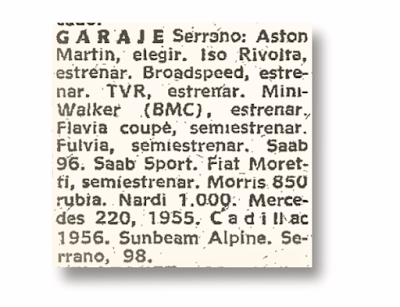 And yet another: Garaje Serrano, who also dealt with Rob Walker or so it seems
Picture Jeroen Booij archive 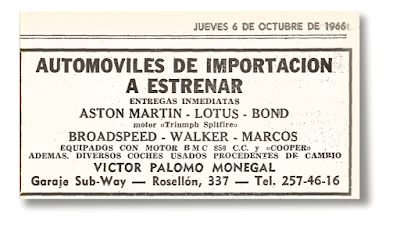 And yet another - Victor Palomo Monegal of Bacelona advertised with 'Brand new import cars', among them Broadspeed, Walker MiniSprint and Marcos cars...
Picture Jeroen Booij archive