Remember the lengthened and four-door Mini Marcos, seen here before? Well, it was spotted last weekend again, this time on a car park in Grimsby of all places. The man who saw it there immediately took out out his camera to shoot some pictures of this unlikely creation. And he spoke to the owner, too: "This was in Tesco car park yesterday. I was busy snapping when the old chap turned up. It was originally a Mini Marcos which he has owned and modified over the last 40 years. Now running a Mondeo 1.6. Best car in the whole car park." 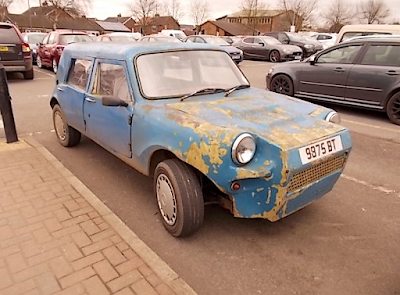 There is no doubt this Mini Marcos is much, much modified. The front is hardly recognizable
Picture courtesy autoshite.com 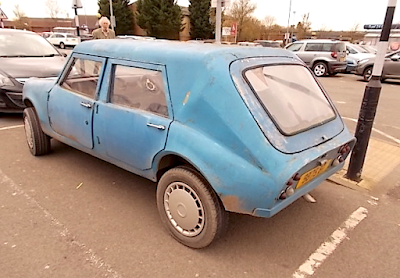 But then, the Mini engine had to make place for a Ford Mondeo mill… Oh, and it has four doors
Picture courtesy autoshite.com