When I came across a 1910 Rolls-Royce Silver Ghost being offered for sale I immediately thought of the Radford Mini De Ville built for film director Roy Boulting. I have just one picture of that car, which appears to have vanished from earth. What these two vehicles have in common is their unusual paint job of green and black vertical lines on the body.

The Rolls-Royce with its 'Roi des Belges' style tourer body by coachbuilder Codogan was sold new in the UK but spent time in India upon returning to London in the early 1960s, when Alan Hancock became the new owner, starting a comprehensive restoration. I found that The Boulting brothers' film company was based at Riding House Street, London W1, while mister Hancock lived at Rex Place, London W1. That's very close to each other.

The Rolls-Royce is offered for sale for 900,000 pounds, see it on the seller's website here. Any more information on Boulting's Mini would be highly appreciated. 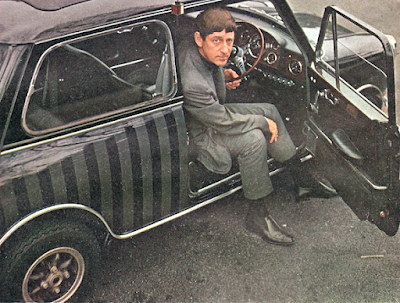 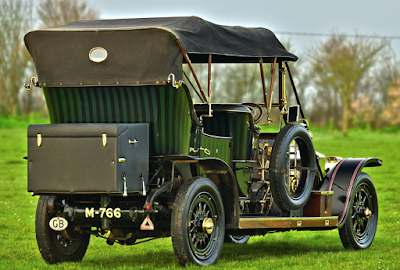 This 1910 Rolls-Royce is an Edwardian car. It's unusual paint scheme is similar
Picture Vintage & Prestige 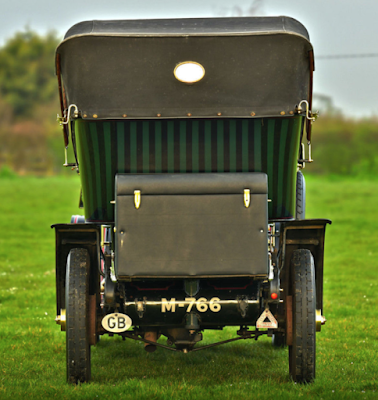