The lovely photograph below of Dez Higgins' Ecurie de Dez Mini 2+2 was shared recently by Malcolm Savage. He wrote: "This is an official publicity shot with a local South Australian tv personality. Funnily enough I saw one in a used car yard in Adelaide maybe fifteen years ago."

I wonder what the colour of that car was. Could it have been British Racing Green, as the one used by larger-than-life character Jack Kaines (full story here)? It's also probably the same car that was used for a test drive in Wheel-Spin magazine of October 1967, which even put it on its cover. It's purplish maroon there, but I'm not so sure if that was the car's real colour as it seems to have been inkted in. Who knows?

UPDATE 17:00: The lady is identified as tv personality Anne Wills, who wasn't afraid of some motor promotion (click). 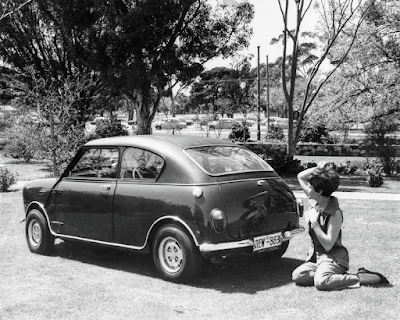 Shiny as a mirror. South Australian tv personality (who?) sees herself in smooth boot lid
Picture via Malcolm Savage 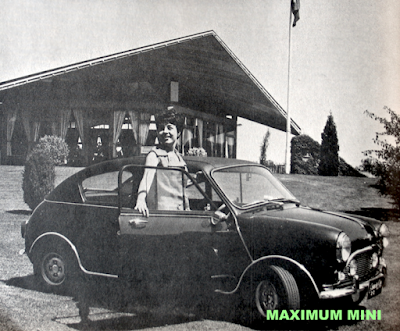 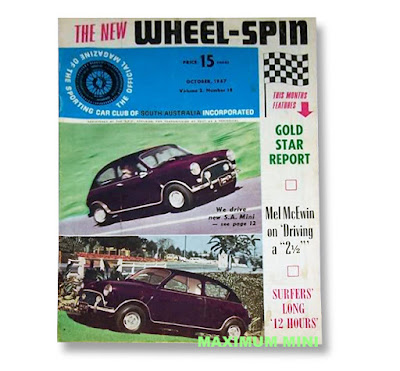