Serra MG Crazy is perhaps not quite so crazy

You know I squeeze in an Austin or Morris 1100 based vehicle here every now and then and I think it's time for just another now. Keeping in with the Spanish theme of earlier this week (Mini Jaba, click here), let's have a look at the MG Crazy. This was an MG 1300 based car built by Spanish coachbuilder Pedro Serra.

I found out that Serra had been offering a plush variant of the MG 1300 (the Spanish version as built by Authi of Pamplona) for some time in the 1960s. This was called the MG 1300 'Equiped by Serra' and came with the usual lavish coachbuilder's stuff. Leather, wood, carpeting, chrome plus the necessary extras such as wheel covers, sun roof and foggies.

But it didn't stop there. In 1969 Serra launched a full conversion of the MG 1300, now named MG Crazy. This was quite something else. Again, it was based on an Authi built car, but all of its original body had gone to make place for a brand new one in the style of a 1930s roadster. Not unlike the Siata Spring which came sometimes earlier and certainly also not unlike the MG 1300 based Magenta, which saw the light of day in Yorkshire three years later. It really makes you wonder if Mister Magenta Steve Johnson (click here) was inspired by the Serra design!

Anyway: the car was launched at the 1969 Barcelona Motor show and Pedro Serra hoped for production. That didn't happen. It was relaunched two years later at the same show in a slightly modified variant - just visible in a movie clip (click here and see it at around 0:30). Still, it never became a succes. Supposedly because it was too costly to build. Just 3 to 6 MG Crazy's are believed to have been made, but I wouldn't be surprised if there were even less. One was on show on a Serra themed display at the Barcelona Classic car show in 2017 and that's the one seen here.
I would like to find out more. Who helps me? 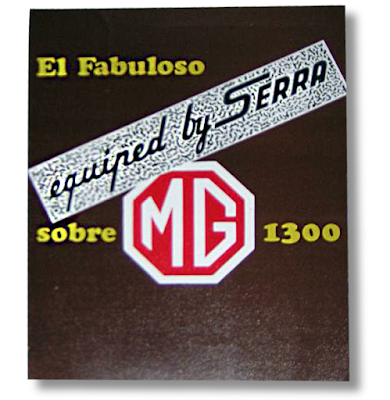 MG 1300 'Equipped by Serra' was a coachbuilt version of the Spanish made Authi MG 1300
Picture todocolleccion.net 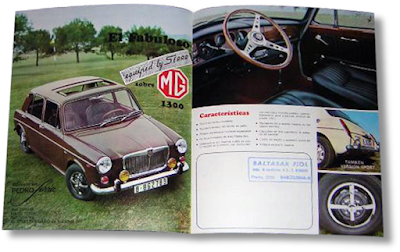 El Fabuloso - the fabulous - Serra MG 1300 has to be rare. Who did ever see one one?
Picture todocolleccion.net 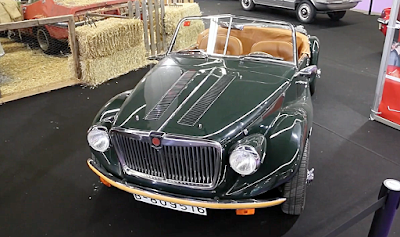 And then there's this: the Serra MG Crazy, as seen on the 2017 Barcelona Classic Car show
Picture Pere Nubolia photography 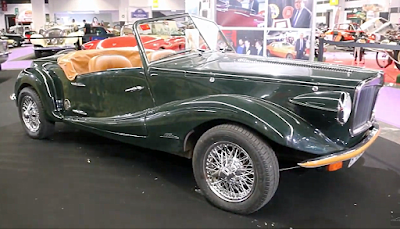 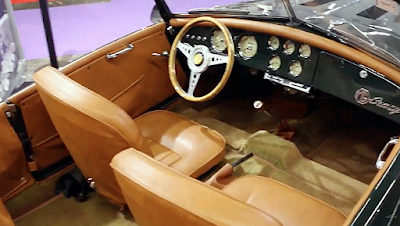 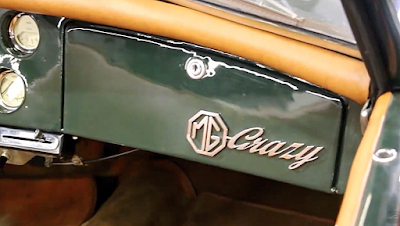 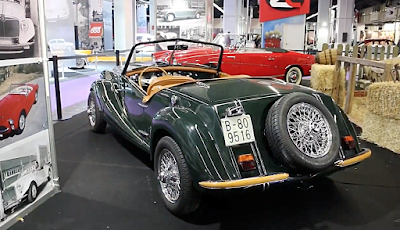 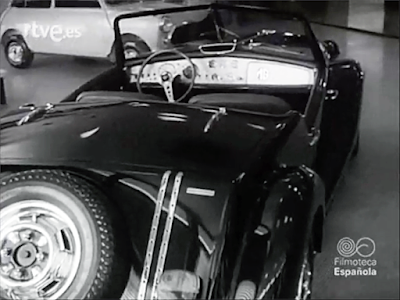 A different car, or the same? This was taken during the 1971 Barcelona Motor Show
Picture RTVE.es / Filmoteca Espanola