Well well, after Friday's Mini Marcos conundrum (click here) I am receiving messages from far and wide to have more views on all this. That's very good and there will certainly be a follow-up soon but it needs a bit more investigation first.

Meanwhile, to keep you guys happy here, I found out about two more interesting cars that have made it to the market. First of them is a rare DeJoux Mini GT rolling shell in its home country of New Zealand. It's an unbuilt shell with no engine, no glass, no interior and no registration but it's also perhaps one very rare chance to buy a DeJoux - certainly one of the prettier Mini based sports cars with the engine in the front. It's in Auckland and you find the ad here.

Second is an even rarer AF (that's for Alexander Fraser) Grand Prix three-wheeler, fitted with a 1275 engine. The seller notes that four were built but I happen to know there were six! - one of these was a four-wheeler. It's a well-known car (archive pictures available here) which the last owner supposedly had for 36 years. It's in Crawley, West-Sussex, where I happened to have spent a night last March in one of the cheapest hotels I even spent a night in which was actually great. So let me know if you are picking it up and are in need of a bed. The ad is here. 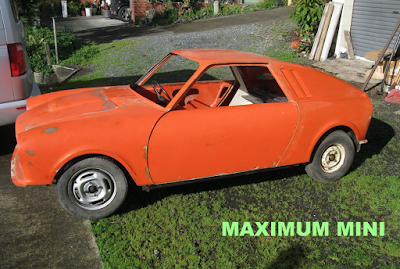 No engine, no interior, no glass, no registration but still very desirable!
Picture Trademe.co.nz 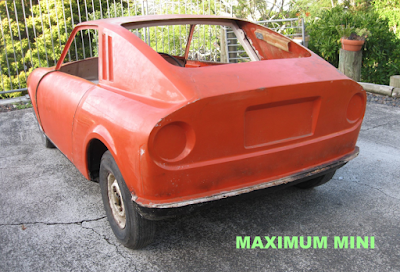 Some 20 DeJoux GTs were made in New Zealand. This one was never on the road
Picture Trademe.co.nz 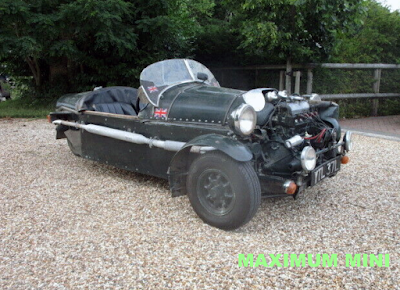 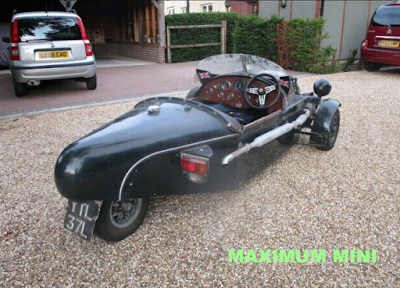 Just 6 AF Grand Prix' were made. it's predecessor the AF Spider came in a number of 7
Picture Ebay.co.uk