1967 Le Mans Mini Marcos survives - but not in Africa - UPDATED

Breaking news!
Following Mike Garton's death (obituary here) I have been digging in my files of the 1967 Le Mans Mini Marcos that was built by Garton for Jem Marsh and I have drawn a remarkable conclusion. The car, registered originally as 'HHU 34D' survives and I don't believe it to be the car in Zimbabwe, which claims to be the one.

Where to start..? Well, perhaps with the picture of the car's rear, taken in the weekend of 7-9 April 1967 when the Le Mans testing took place. The air outtake in the rear window on that photo struck me as I recognized it from another car - the Mini Marcos that I previously believed to be the FLIRT car (click here). Well... not anymore! Yes, it's all very confusing. But when I looked up more pictures of that car that I have been sent over from Japan recently it became more and more clear to me that the air outtake wasn't the only similarity.

First of all it has the infamous modified roof. I have compared all the pictures that I have of both cars and despite the fact that it has been smoothed out (I guess with filler), the shape is similar and the mods are in the same places. The FLIRT car's roof was never modified. Then there are details, and quite a few of them, too. Let's put it all together and you'll see.

I believe there have previously been too few photographs showing these details so that somebody could have replicated them. I am 99% certain the 1967 Le Mans Mini Marcos is the white car that is now in Japan and not the one in Zimbabwe. The pictures I have been sent date back to 1978 (!) but I understand the car is still the same in a private collection. This has to be the real deal. Do let me know if you think differently.

UPDATE 1 July 2020: Very confusing, I know, but it seems I was wrong after all. Grand update for the real anoraks on this subject in a comprehensive article here. 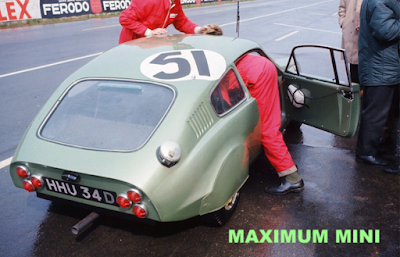 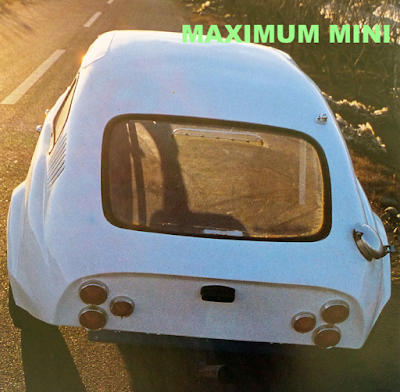 And now have a look at this rear end. I believe these two are one and the same car
Picture Jeroen Booij archive 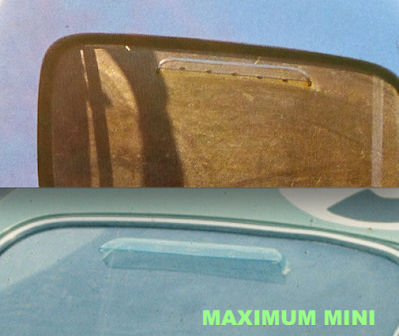 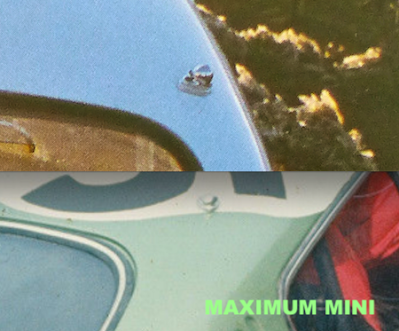 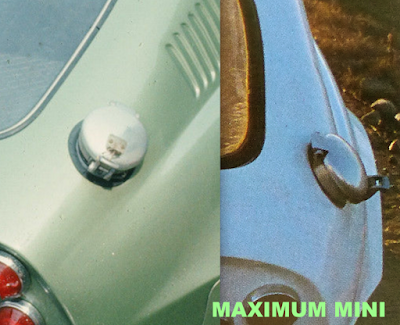 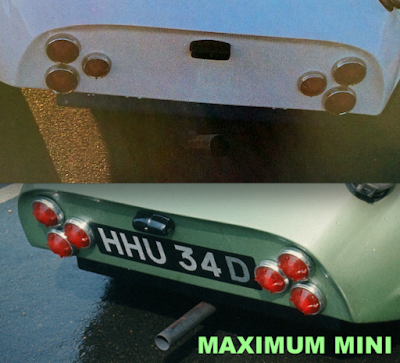 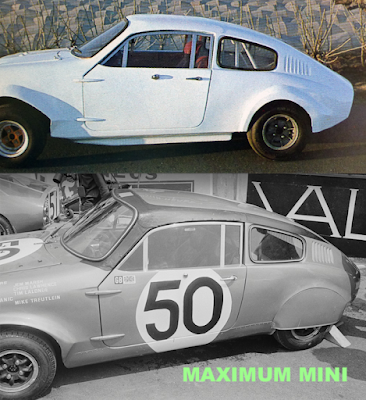 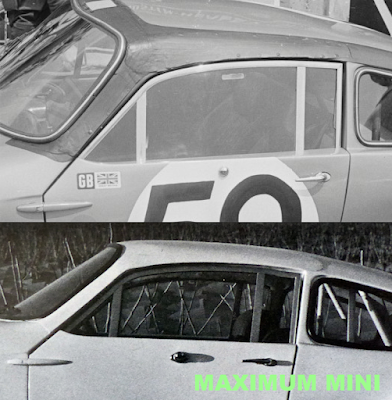 And how about these oddly shaped holes in the bonnet for the twin SUs?
Picture Jeroen Booij archive 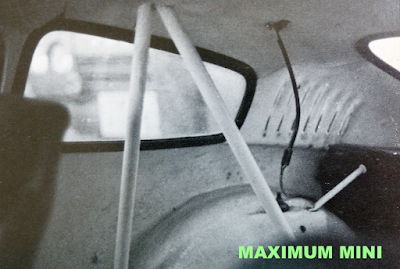 Roll hoop as confirmed by Mike Garton to be fitted is inside. It was black originally but is now painted white and fits the bill perfectly, laminated into the roof. It's similar to the one in my car
Picture Jeroen Booij archive 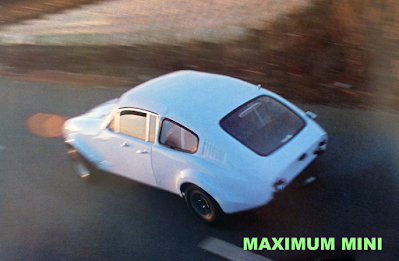 1967 Le Mans racer resides in a private collection in Japan now, not in Africa, I believe
Do let me know if you think differently
UPDATED here.
Picture Jeroen Booij archive