Regular contributor Karsten Stelk came across another great photograph of the London Racing Car show of January 1967, this month 54 years ago, and he was kind enough to share it. In the center of the picture we see the Marcos Components stand with three Mini Marcoses on display. I believed the show on which Marcos built a car at the spot took place in 1968, but I seem to be wrong after all as these photographs by Tommy Jaggerwal who was there, certainly seem to be taken at the same venue. Thank you Karsten! 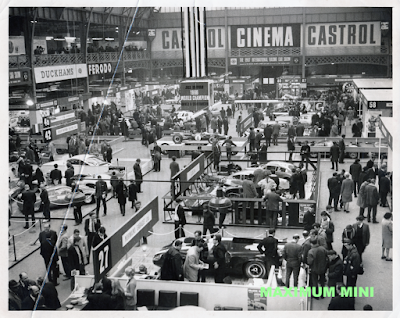 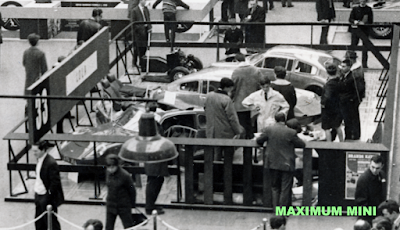 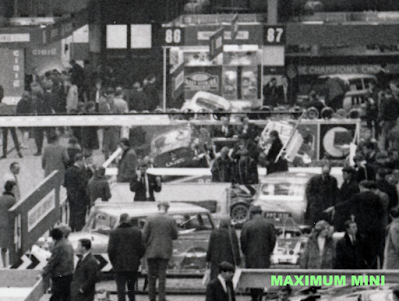 More to see here. Which stand is that with the Minis? Deep Sanderson 301 far
behind (another great picture of that here)
Picture courtesy Karsten Stelk
Geplaatst door Maximum Mini op 11:30