GRV Project X is not a Hustler. But does it survive?

John B. Orson is the membership secretary of the Midas owners club, but was involved as a teacher with another one-off Mini based car 38 years ago and he was kind enough to share its story. He wrote:
"Jeroen, I messaged you about a car one of my students made. The car was built in 1983 by Simon Goodliff who at the time was taking his GCSE exams, so 15 or 16 years old. The car was built mainly at the workshops of GRV in Littleborough near Rochdale. Simon's father Jeff built the Vita Mini hill climb car amongst others. Simon's car was quite heavily influenced by William Towns Hustler in terms of chassis construction having a top and bottom half. Using components from a Mini Van with another rear subframe and components sourced to match the design, the car was completed in just under 12 months. The car was delivered each week on a trailer to an area outside the school workshops for some of the construction work the rest being done at GRV."
"Models were made of both the chassis and body to help finalize the design. The body panels were resin bonded ply, finished with a two-pack paint. The Tee bar roof was an interesting feature, maintaining structural strength yet giving an open topped feel. I had a very simple arrangement with both Simon and Geoff that I could turn up at GRV to check progress at any time, ensuring the project would be all his own work. The car went with Simon to his interview for a technical apprenticeship at Ford (where he still works)."
Of course my first question to John was wether he knew of the car's survival. He came back: "It looks as if the car no longer exists. It was last taxed in 1990 and has no MOT record with the DVLA. The car, as you may have guessed from the pictures, was called 'Project X'"
Not to be confused with the Project X from Australia, which was finally found last year and became the Maximum Mini Best Find of 2019 (click), I wonder if there is anyone who knows more about this British Project X? 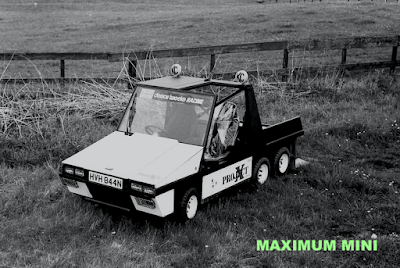 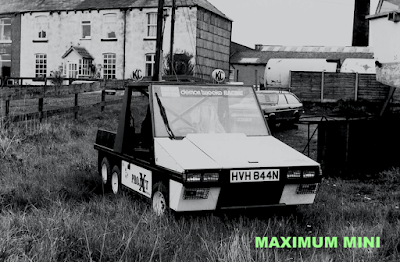 Simon's father Geoff Goodliff had been involved in a number of infamous Mini (based) cars, too
Picture John B Orson 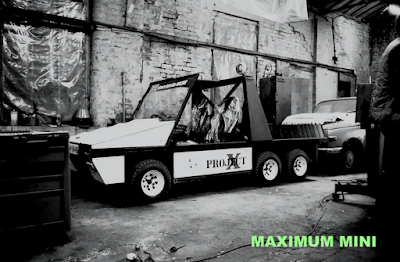 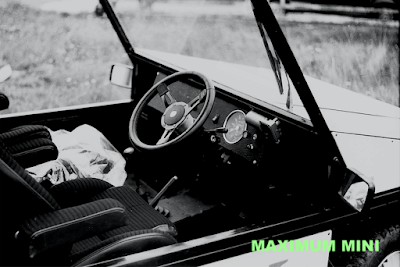 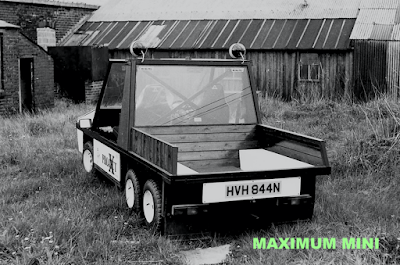 HVH 844N is believed to have been lost. You may know different though?
Picture John B Orson
Geplaatst door Maximum Mini op 10:57