The adventures of a happy Scamper

Over the years I spoke to many people involved in Mini based cars, but had strangely never got in touch with Scamp boss Andrew MacLean. This while the Scamp has been in production since 1969, of which the last four decades or so under MacLean's wings. So it was about time to catch up. It finally happened last year when traveling wasn't that difficult yet. And I wasn't disappointed. Andrew invited me for a full day at the Scamp headquarters and workshops in Surrey, interviewing the man, driving his works demo and with full access to the Scamp files also.
It was a lovely day with Andrew being such a fantastic storyteller also. Did you know he built Scamps in Nigeria and Jamaica as well as Jiminis on Barbados, where they were called the Evolution CariMoke? His stories were both fascinating as well as hilarious and sometimes unbelievable. Complete Kit Car magazines had such an interest in these tales that the editor decided to publish the interview in two installments. First about the history and MacLean's involvement in the Scamp Motor company (which came out last summer); the second about his adventures overseas. That has just come out now and can be found in magazine stores or here now. I'm sure you'll like it. 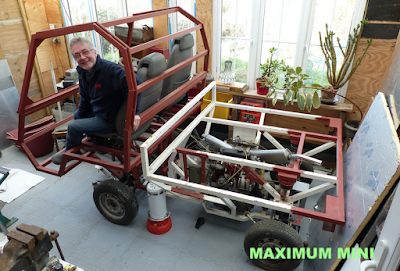 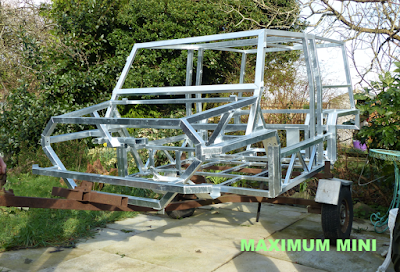 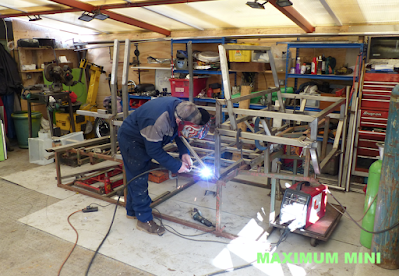 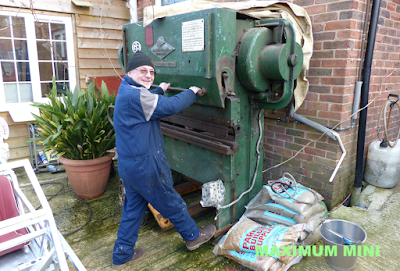 This machine has been used to make all the body panels of all the Scamps since 1969!
Picture Jeroen Booij 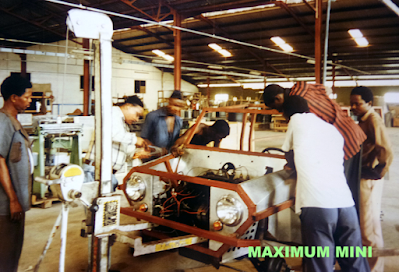 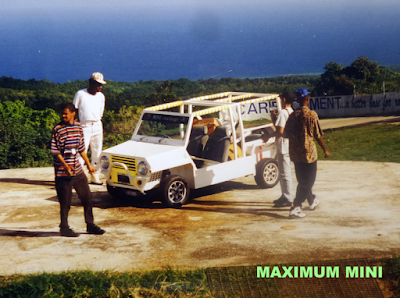 Next overseas adventure was building the Scamp in Jamaica, which proved to be a real disaster
Picture Jeroen Booij archive courtesy Andrew MacLean 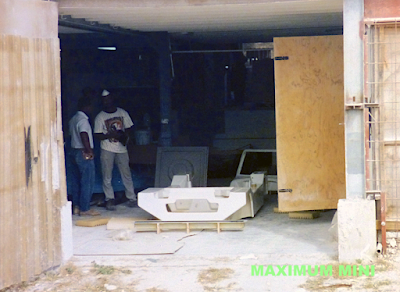