Let's hope the new year will be a good one for all and perhaps slightly less challenging...

Unfortunately I received very few votes for the 'Maximum Mini Find of the Year' election, and wonder if you guys want me to stop the tradition. In past years I received well over 100 votes, but this time there were just 20 or so, making it in my opinion not a very exiting poll. I'd almost forgot to mention that the Lotus-Fisher GT won. Congratulations to Dan Stokes, who found the car in Southampton in October!

Oh - I also had a Find of the Decade poll when Maximum Mini had its 10th anniversary as a blog. Again, a disappointing number of votes but still 44. The Le Mans Mini Marcos (found 2016) won with 18 votes. 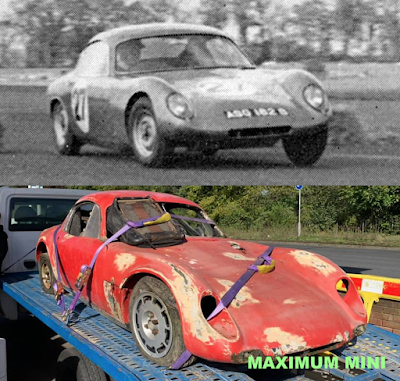