So far, I have described five Camber GTs in our little Camber/Maya GT files series (click here for a list of the cars). Of the six Cambers that are presumably built I do not know the sixth and last car, so that makes it time to change to the Maya GT: the successor of the Camber that was born out of legislation due to the low headlights. 'KOO589' was built in 1967 and registered as a Maya GT, although it came with a Camber GT nose. The first owner was given a Maya nose with it to put on the vehicle and both nose sections remained with the car. In a typical 1970s metal flake blue colour it was abandoned in a field in 1980 where it spent several years without drivetrain.

Len Bossard rescued it from there in 1992 and undertook a big restoration on the car. According to him the longest job of the whole rebuild was to chip the badly crazed blue silver flake finish off the fibreglass body. Bossard fitted a replacement front subframe complete with brakes and kept the rear one. Also the windscreen was cracked an needed replacing and it took a while to find a company that could reproduce one. In the Summer of 1994 the Maya (with its Camber nose section) was on its wheels again in a new bright red paint.

Not much later, the restored Maya GT attracted the interest of well known Japanese Mini collector Kazuo Maruyama and the car found a new home in Tokyo where Maruyama added it to his Mini derivatives shrine. The registration number was sold and Maruyama parked it outside one of his warehouses. It was there that I photographed it some years ago. Unfortunately, it has hardly seen any use since its arrival in Japan, and the restored car will in fact need another restoration to become roadworthy once again. 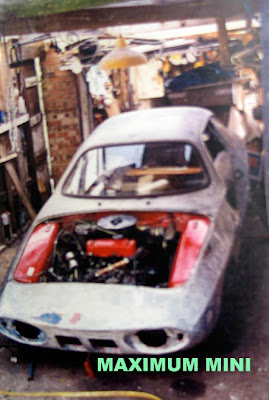 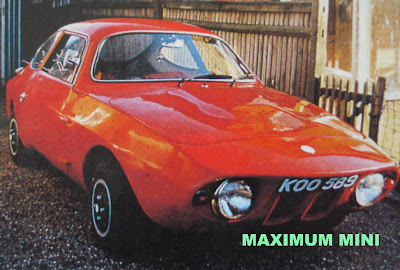 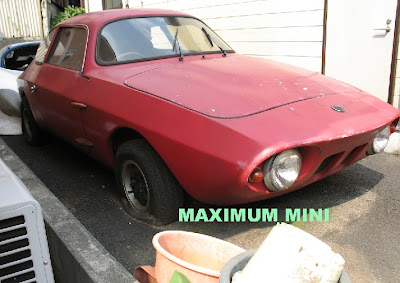 And the Maya GT as it is now in Tokyo. The car has not been used since and is unregistered
Picture Jeroen Booij 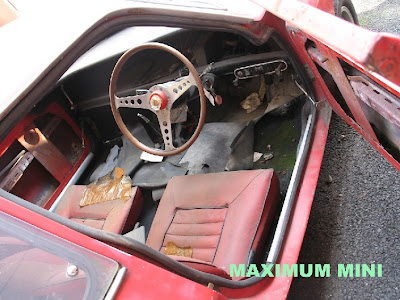 Interior is pretty much neglected. Despite hot weather it does rain in Japan, too
Picture Jeroen Booij 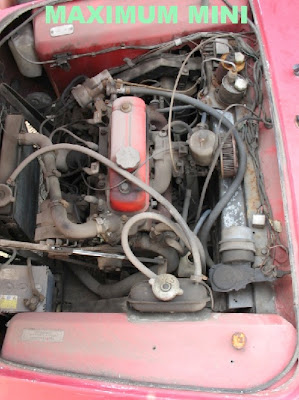 There is a mysterious (chassis?) plate under the engine bay (top left) which says 'M/M 19746'
Picture Jeroen Booij

UPDATE 26 april 2012: the original owner has got in contact with me and sent over some pictures of when it was in his ownership. He also made the chassis plate. Click here for the story