The tale of 'Bull Ant' the Bulanti

Over to Australia, from where news from one of only three built Bulantis has come to the light. Thanks to Kevin Boole, who read my request for information here, and sent in a great story and wonderful pics to tell me that the third car was registered 'CMI-495' and sold new to his friend Graham Jones, who sadly passed away in 2002. According to Kevin, who acted as a passenger regularly, the bright green Bulanti was a rather frightening machine despite its tiny size. This is the great story that he wrote, illustrated with some of the pictures he sent:

"Graham first came across Brain Rawlings and his garage at the entrance to Amaroo Park Raceway in 1970, a motor race track in the suburbs, north-west of Sydney, NSW, Australia. We were all mini owners, having just left school and now earning money. We had a variety of Mini models ranging from a Mini 850 sedan and panel van, Moke, 997 Mini Cooper, 998 Mini deluxe and 1275 Cooper S models filling the garages and street. We were intrigued by the Clubman's that Brian was building and one time we stopped to look at a new Chocolate car which he called a Bulanti. This car was registered BAL-551 for road use and based on the Mini. This one was also raced, setting quite quick lap times around the 1 minute mark at Amaroo Park." 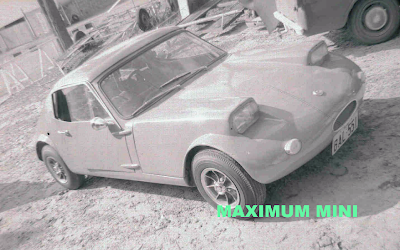 'BAL 551', the aluminium bodied Bulanti prototype was used on both road and track

"I do believe that this car eventually was damaged in an accident, but most likely would have been repaired. One of our associates Graham Jones decided from the outset that he would like to buy one of these cars and so set in place the process to buy one. Graham had only recently purchased an ex NSW Police highway patrol Mini Cooper S, which was always the fastest of all our street cars. But Graham, not satisfied, always wanted to go faster. The Bulanti was the vehicle for that. He traded his Cooper S plus extra money to become the proud owner of one 'Kermit Green' Bulanti which was given the name Bull Ant or The Frog because of its bright green and frog like appearance. I can’t remember if Graham was given a choice of colours as the third Bulanti was bright red. The colour for these two cars was inside the fibreglass gel coat, as opposed to the first aluminium car that was painted." 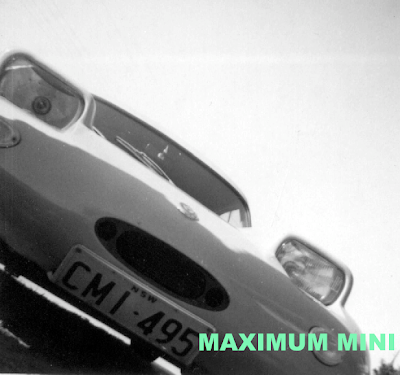 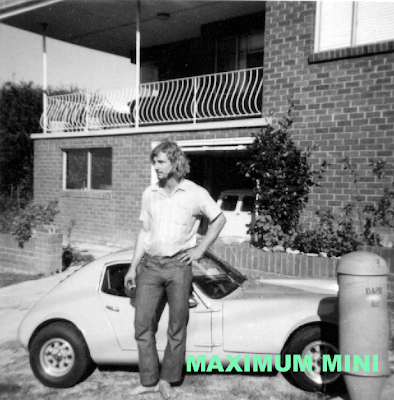 "You will note in some photos the Bulant Motors Logo that was place on the vehicles on the nose, steering wheel and wheel centres. This was Brian’s logo that was on his business and work van which is also in one photo. Graham’s garage was large enough for 3 to 4 cars and the Bulanti took pride of place, with his parent’s car often relegated to the street. Over many nights and weekend the car was fitted out with its mechanicals and things to make it worthy of registration. Much unregistered testing on the roads occurred on those late nights." 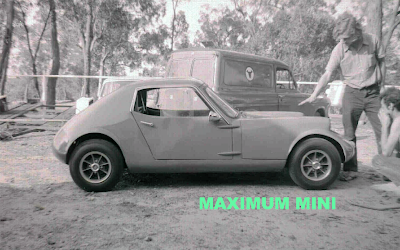 "The only failing of the car was that Graham always wanted something more powerful than anybody else. The motor was bored out from 1275 to 1310 with dynamic balanced components and high compression head and a lumpy camshaft. Graham did not realise that a standard motor in such a light car would have been probably just as effective and more reliable. But the car performed extremely well on the road when it was being reliable. A bit of a firm ride and no suspension travel was overlooked as it manoeuvred in and out of traffic. The engine did have overheating problems but the addition of a front mounted almost horizontal radiator with electric fans overcame this problem. Reliability became a problem and Graham was always tinkering on something, especially the twin carburettors, to make it just right. As a passenger it could be quite frightening sometimes. Quick acceleration combined with low seating height, can made occupants feel vulnerable to other taller road users." 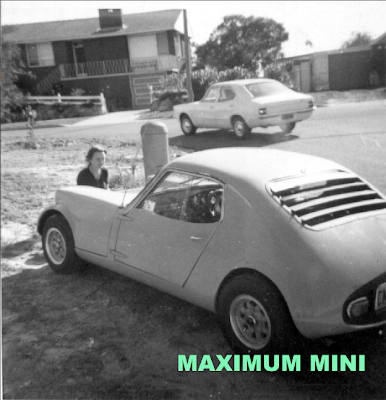 "As we all moved away from minis and bought newer larger cars, Graham still held on to the Bulanti, but more as a second vehicle. His last effort to make the car even faster was to fit a turbocharger that was smuggled back in from the USA by one of us for Graham. This made the Bulanti quite potent on the road. It must be noted that Graham was quite often pulled over by the police just to look at the car and possibly issue some warnings as to speeding or excessive lane changing. The car languished in the garage from then on. After getting married, children, family life and cycling took preference. The Bulanti was eventually sold via a local newspaper advertisements and went locally to another owner in the 1980’s. The Kermit Green Bulanti has not been seen since then. One of the cars is still supposed to be in Melbourne with the moulds, but I was never able to make contact with anyone knowing anything about the Bulanti at the business mentioned." 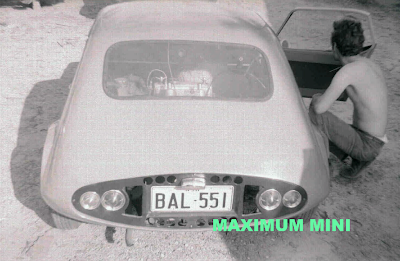 Holes in the rear end dissappeared on 'production cars'. Engine was difficult to reach 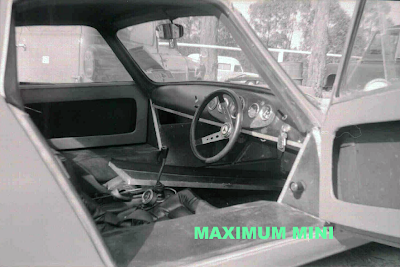 The simple lay-out of the dashboard. Note wide sills, making interior even tinier