Was Alto Duo meant to be electric?

Yesterday, I received a message from the ever enthusiastic Jacques and Emilien Pillot, the French father and son duo that are much into Mini derivatives and own a couple of rare cars over in France, of which they say it is a real pain to import them. Never the less they keep on collecting unusual stuff from the United Kingdom and have in fact now just picked up a rare Alto Duo. Jacques wrote: "Good day Jeroen. I have sent you a serie of photographs of the Alto Duo that I bought in Great Britain. It is a Smart of fifteen years earlier! (length: 2.49m, width: 1.53m; height: 1.54m). It was originally designed to be an electric vehicle and in one of the pictures you can see the location of the battery tray below the floor (this picture comes from the restoration record)."

In fact I am not sure whether the Alto Duo was specifically designed to be an electric car as early brochures, impressions and test reports of the car that I have all mention it just to be Mini based. Fact is, however, that at least one Alto Duo was specifically built as an electric car. That particular Duo is said to have been used for a record attempt on the M25 ring road in the 1980s, but I have never been able to find out out more about that. I did find what was left over of the supposed record car a couple of years though, but it was not more then just the body. Who knows its real story?

UPDATE 5 July 2011: The real story has come to the light. Click here to read it. 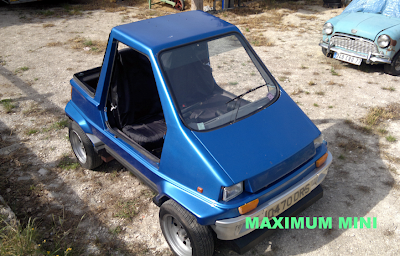 The Alto Duo of the Pillots that is now in France
Picture: Jacques Pillot 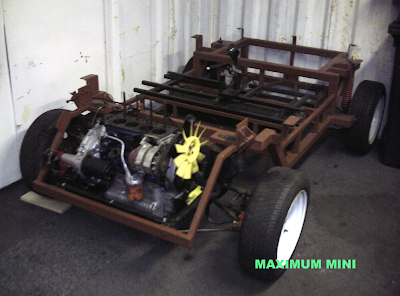 Despite Mini engine, the chassis may be made to carry batteries, too
Picture: Jacques Pillot 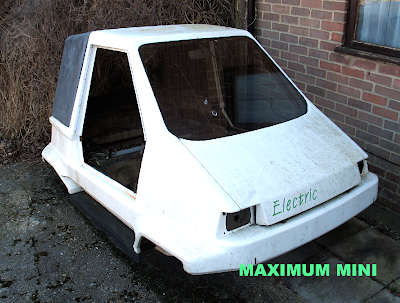