For sale: the Deep Sanderson 301 moulds

With all those moulds coming out of the woodwork lately, ideas spring to people's minds. And so, I was made aware of the fact that the moulds for the Deep Sanderson 301 may also be for sale. And after a while some photos and a price came over, too. I'm not sure if the rear end is included, too, but fact is that this is an interesting lot. Oh - and if you need a rear end, you'll find two of them, taken from these very moulds, for sale here (click and scroll to below). The price is 5,000 GBP. An opportunity for budding car manufacturers? You'll need to fabricate chassis', too, but then you can build what is regarded as one of the most desirable Mini derivatives… Let me know if you are interested and I'll bring you in touch with the seller.

More moulds? See the ones that have turned up very recently here, together with those for the Deep Sanderson. These four were all unearthed this year! What's more to come? 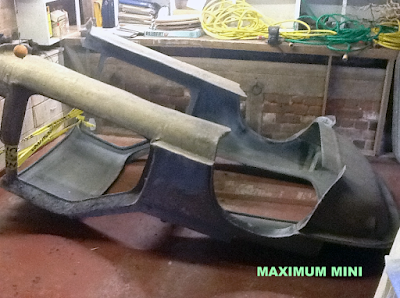 The Deep Sanderson 301 is rare. Approximately 15 were made with just a few survivors
Picture courtesy Carrie Lawrence 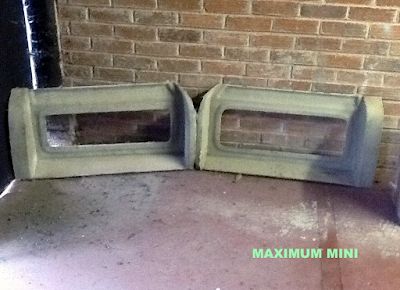 The moulds for the Deep Sanderson's low doors come in the deal, too
Picture courtesy Carrie Lawrence 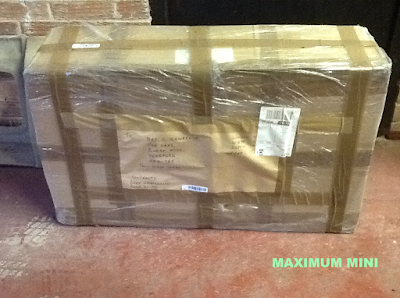 As do the door skins, which come in this box
Picture courtesy Carrie Lawrence 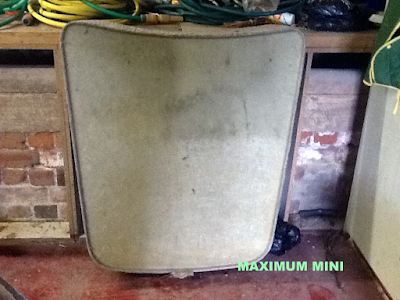 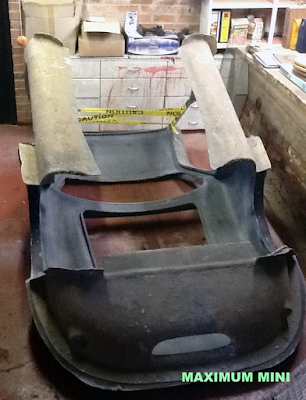