After Paul McCartney's Mini made top money at an auction last month (see here), more Wood & Pickett Minis have made it to the market. And one of them linked to The Beatles, too. It was 'Magic' Alex Mardas' car, supposedly coachbuilt by Wood & Pickett, too (more about that here). Unfortunately the ad appears to have gone now, although I did save the pictures, enclosed here. Meanwhile, I also found out that Magic Alex passed away early last year at 74 years old. This is from Uncut Magazine:

"The Beatles‘ technology 'wizard' Yanni ‘John’ Alexis Mardas – better known as Magic Alex – has died at the age of 74. Athens-born Mardas was appointed head of the group’s Apple Electronics division in 1968, appeared in the Magical Mystery Tour film, and accompanied the band to the Maharishi Mahesh Yogi’s ashram at Rishikesh in India. Originally taken on after John Lennon‘s appreciation of the light machines he’d constructed for The Rolling Stones in 1967, Mardas was later asked to construct a 72-track studio for The Beatles in the basement of the Apple HQ on Savile Row. It was designed but never completed after the group’s new manager Allen Klein shut down much of the Apple Corps venture."

"Mardas claimed to have invented items such as an electronic camera, and ‘the composing typewriter’, a voice recognition device. After Apple Corps, he founded a number of companies that specialised in bulletproof vests, armoured cars and night vision equipment, selling some of these to figures such as King Hussein of Jordan."

I found this funny little video about Magic Alex on the web, but wonder what happened to the Mini..?

UPDATE 12:30: John Reymondos wrote: "The Magic Alex Mini was in Greece and was sold last year I think, by a Greek dealer to a Greek businessman." Thank you John.

UPDATE 26 October: Dennis van Eck wrote: "Dear Jeroen. The blue buttons on the seat are to inflate bellows in the rest on three different places. The front buttons are for seat heating. I have tried to fit a similar Recaro seat in my own Mini, but it can only be fitted when you cut out the storage boxes next to the back seat. It has to be a real W&P. Thanks for the post!" 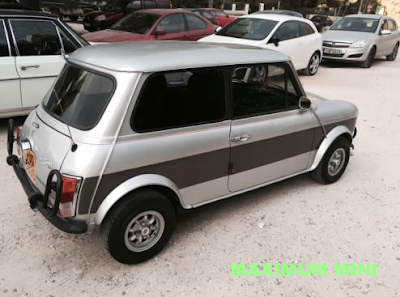 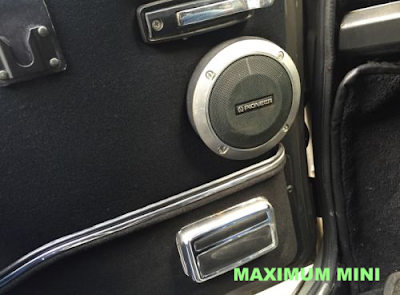 Speakers and courtesy lights in the doors, or so it seems
Picture www.car.gr 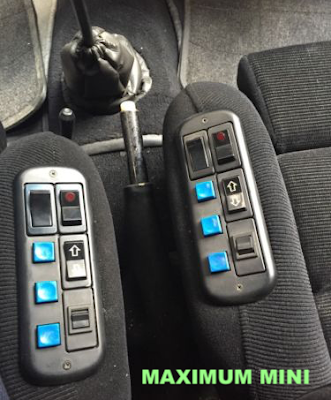 Plus plenty of buttons in the seats. For what?
Picture www.car.gr 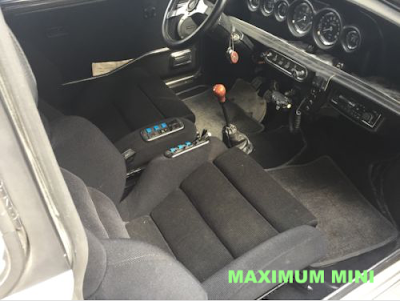 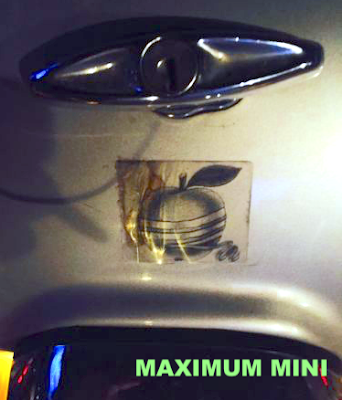 Is that a logo of Apple Corps, the Beatles' record company?
Picture www.car.gr 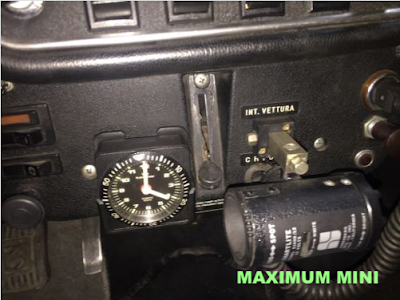 And what on earth is that for - a communications system?
Picture www.car.gr
Geplaatst door Maximum Mini op 08:59