Thank you all for the comments coming in on last week's article about the Mini Marcos, believed to be the 1967 ex-works racer and Le Mans car (click here when you have missed it). Well, it seems it is not that, although it is an ex-works car. This is how the nut was cracked.

The other car, you ask? Yes, there was a second works racer built to the same specifications. Works mechanic Mike Treutlein told me back in 2011 that they built two near-identical cars, one metallic green and one primrose yellow. The first was used by a men's team and became the 1967 Le Mans car. But the second was never used at Le Mans. It was raced by a ladies team: FLIRT - for First Ladies International Racing Team. Drivers were with Jackie Bond-Smith, Joey Cook and Jacqui Smith. It was raced at the Nurburgring in Germany, Mugello in Italy, Phoenix Park in Ireland and probably at several more venues.

It is recognizable by its squarish front wheel arches, just have a look at the several pictures in the previous article and below here. Both cars were raced at the 1967 Nurburgring 500 kms race, as at Mugello. Reader Edward Fitzgerald adds that they were also both seen at a race at Phoenix Park in Ireland in September 1967. Fitzgerald: "Jem Marsh drove this car at Phoenix Park September 67; Tim Lalonde drove the green car."

I now also know that the car was sold in 1968 to Macau and sold once again to Japan in 1971. In fact the Japanese owner contacted me also, writing: "I seemed to buy this Marcos in Macao in 1971. He sent a photograph of it also, but added: "Because it is a publication, please do not publicize it." I won't. But it's good to know more about it now. And it does indeed seem that both cars built by Marcos Cars had their windscreens changed. The green Le Mans car first, the primrose yellow FLIRT car soon after it. 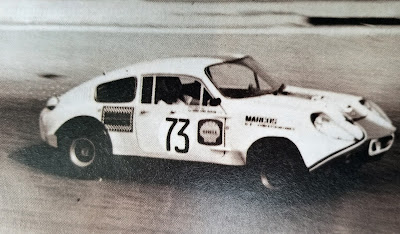 This is the picture that made the ball go rolling. This is the ex-works car at the Macau Grand Prix in 1969, but is the FLIRT car and not the Le Mans car
Picture Carros Classicos de Macau 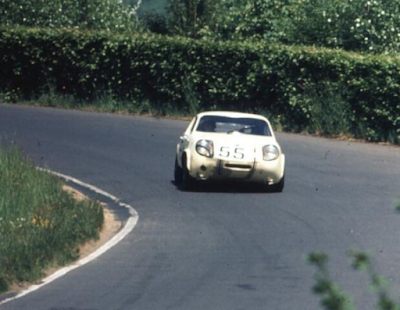 Only colour picture of the car that I know of. Here at the Nurburgring 500kms in 1967.
The windscreen is not yet modified here
Picture Werner Ullrich 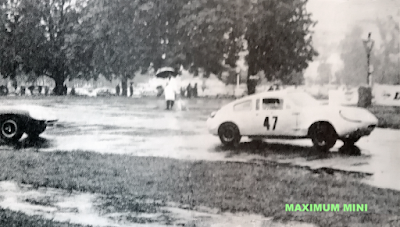 But look carefully and you will see it is here. This picture was taken at Phoenix Park, Ireland, in September 1967. The other works racer was supposedly raced in the same race by Jem Marsh
Picture via Edward Fitzgerald 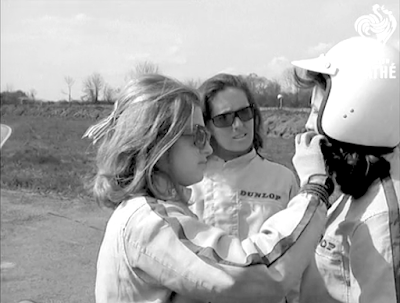 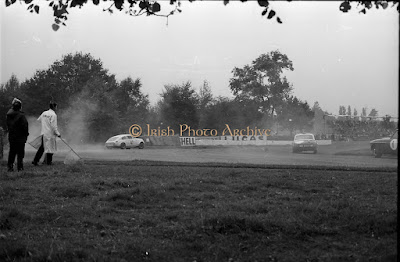 Once more at the Phoenix Park race in 1967. The other works racer, the green
1967 Le Mans car, was there also, says reader
Picture Irish Photo Archive