Some more pictures of Biota's hill climb racer were unearthed by Rob Mellaart recently. This car used a lightweight space frame chassis with go-kart sourced disc brakes all round and a 100bhp A-series engine. It is said to have weighed just over 300kgs. The car was run in the 1972 Castrol/BARC Hill Climb Championship and was sometimes entered twice with not just Houghton himself at the wheel, but also racer Chris Seaman. At Harewood Seaman made a run in 45.06 secs and won his class. Houghton made 46.55 coming home second. They won that year's championship and came third too! I previously thought it was road registered also, but these new pictures unveil the number 'BUY 10R2', which seems to be a show plate to me. More pictures of the car here. Thanks once again Rob! 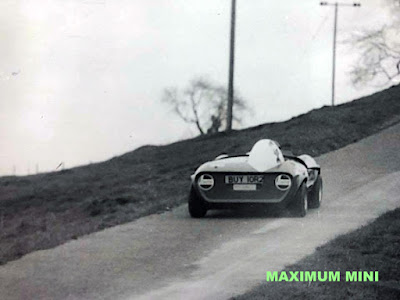 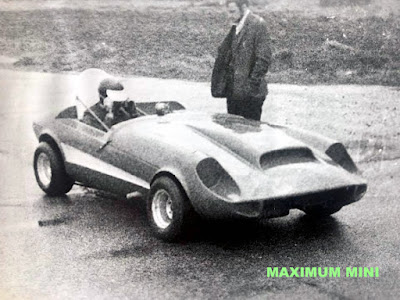 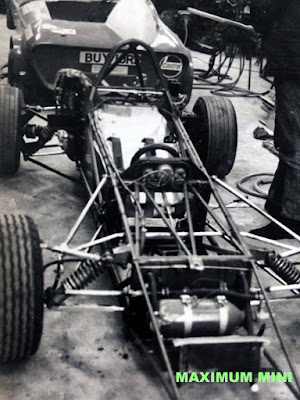 This is not it, but a VW based Formula car, made by Biota, too. The rear body work of the hill climb car can be seen behind it, though
Picture courtesy Rob Mellaart 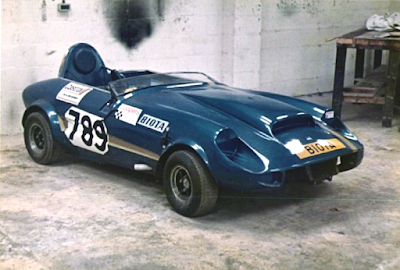 This picture from Peter Niessen's Biota website shows the car in colour, a metallic blue it seems.
Also note side pipe and ultra-low windscreen
Picture biota.jouwweb.nl

Email ThisBlogThis!Share to TwitterShare to FacebookShare to Pinterest
Labels: Biota