Sadly, I am far behind on obituaries sometimes. And Rachel Nelson prompted me about one I should not have missed yesterday. I wrote about a Canadian Reptune Gullwing (here) when she contacted me to tell that Reptune's instigator Dennis Prophet had passed away almost a year ago. This happened on 29 November 2017 when Dennis died at the age of 87 in his native Keswick, Canada.

British-born Prophet worked for BMC's Competitions Department before coming to Canada in 1963 and setting up the Canadian branch of BMC's tuning division there. He became responsible for the import of the Austin-Healey 3000 also and its racing activities but soon started his own business in Scarborough, Ontario: Reputation Tuning Services, or Reptune. He became a BMC and Alfa-Romeo dealer and set up import lines for the Broadspeed cars and the Ogle SX1000. He was a regular visitor of the Sebring race track with all these cars in the weekend and sold them on Mondays.

But in 1967 Prophet also launched his first Mini based car to his own design: the Reptune GT, which looked not unlike an Ogle SX1000. On the 1967 International and Universal Exposition in Montreal, Reptune had a spectacular stand with seven GT bodies hanging at various heights simulating a motoring manufacturer’s production line. Eventually 34 GTs were sold before Prophet came up with a simpler and cheaper new model: the Reptune Gullwing, of which he sold another 32. Prophet kept the Gullwing prototype, the moulds plus one production car until last year when they were sold (click here).

When I first contacted Dennis about his cars in 2010 or 2011 he was ever so enthusiastic about Maximum Mini and telephoned me regularly when he'd found new historic images, which were then scanned and sent over by a friend. With the passing of Dennis Prophet, the original Canadian chapter of Mini tuning and Mini based cars is now sadly closed. 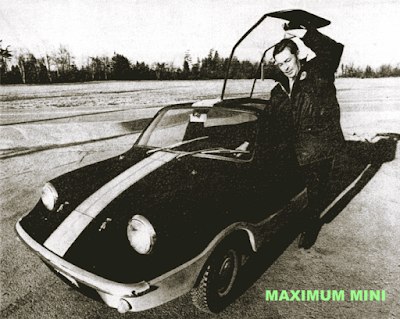 Dennis Prophet with one of his Reptune Gullwing cars in 1968. He was such a great enthusiast
Picture Jeroen Booij archive 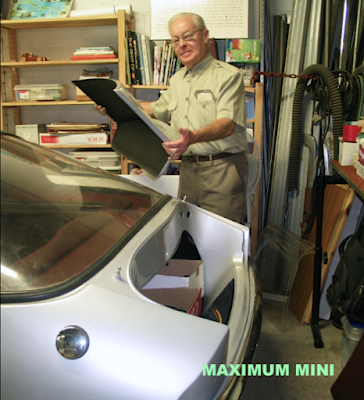 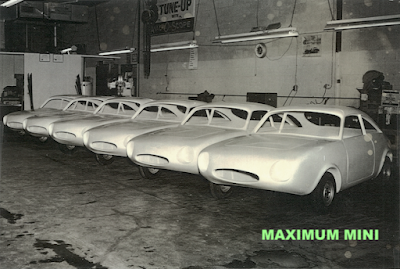 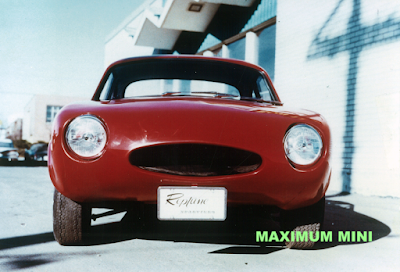 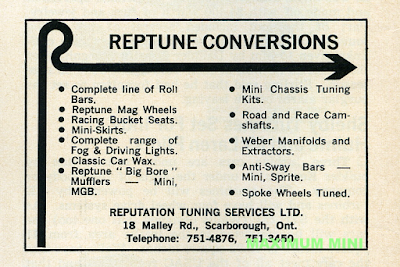 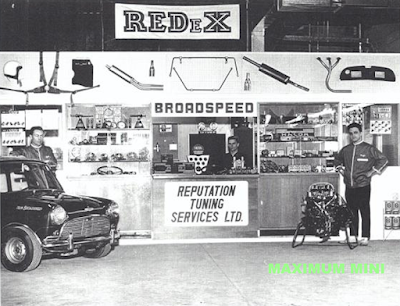