I got in touch with Nick Gale recently, who happens to be the owner of a rare Status Minipower, or at least of a rolling chassis of one such car. I wondered if it was a car I'd seen before. Nick wrote: "I very much doubt you know of it as it's been at the back of my garage since the late 1980s. From correspondence with Brian Luff many years back, and based on the stamped chassis number, he thought mine was probably the second chassis built in 1972 by Arch Motors." And he is right. It certainly is a car I never knew about before. He sent over two pictures of it taken before it was put in storage. Thank you Nick for sharing them! 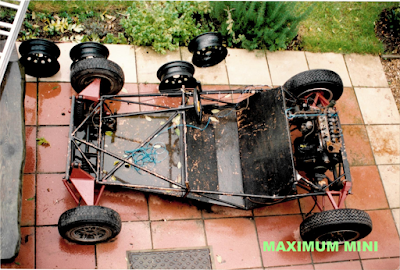 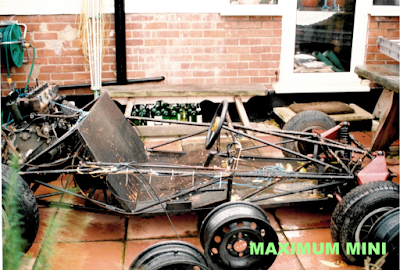