A Quasar Unipower was spotted last week by David Ward. He wrote: "I'm off to the French Alps on a four-day classic rally in my 1990 coupe Quattro. I saw this popemobile on a trailer heading to a new home in Germany. It was made by Unipower who made the Unipower GT. Think the pope would have enjoyed it more if it was turbocharged."

He is right. That is indeed a Quasar Unipower. But this one is slightly more special than just that. This particular car, registered 'VLC 694G' was used by glass manufacturer Triplex to promote their very strong Spectrafloat glasses to the motor industry and could be seen on the stand they had at the Earls Court motor show in 1968. It had a different front with less (!) glass and relocated head lights and badging. The car did get its road registration later in December 1968 and was seen at the Mini Festival at Brands Hatch in August 1969, where reader Fred Kalkhuis spotted it. I'd love to hear from the new owner. 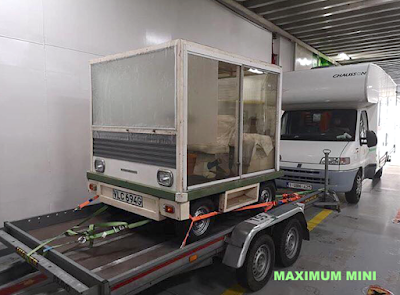 Spotted on its way to a new home in Germany: a Quasar Unipower. But not as we know it...
Picture David Ward 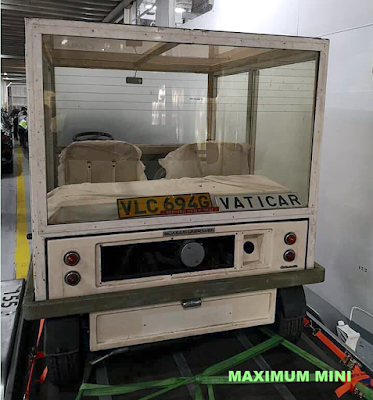 Apart from being a remarkable car, this one has an interesting history on its own
Picture David Ward 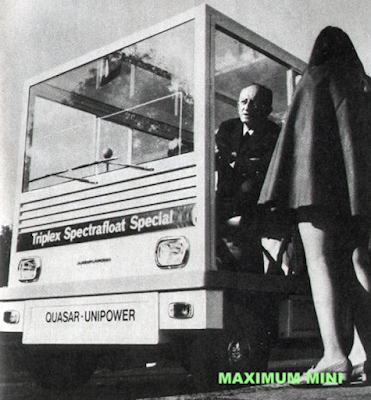 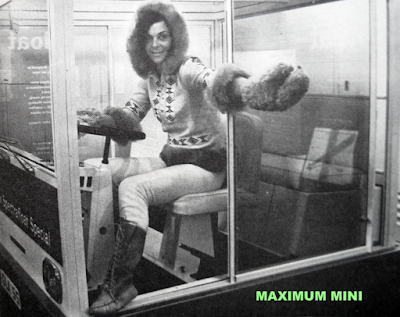 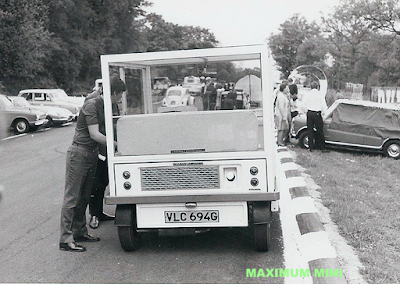 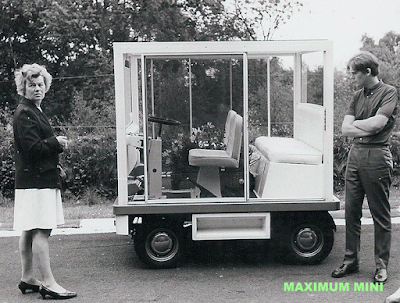 Fred Kalkhuis and his mother spotted it there and had some pictures taken, which Fred kindly shared
Picture courtesy Fred Kalkhuis 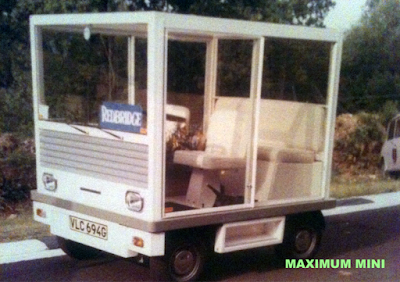 Colour picture taken on the same day at Brands Hatch. I don't know what the Redbridge sign is for
Picture Jeroen Booij archive