This is the last in the Le Mans series as no Mini powered cars made it to the French track after 1969. That year, a Unipower works car was entered to the endurance race. Production for the Unipower GT was taken over a year earlier by Piers Weld-Forester who began to concentrate on a comprehensive racing publicity campaign. He had three light weight works cars built and entered one for the 24-hours race of Le Mans in June 1969. The car is said to have been built with a special ultra light carbon fibre body by Specialized Mouldings but I am not too sure if that is the same car that was used at the Le Mans test day on 30 March 1969 (it was - UPDATE here). When you look at the pictures below you will notice that there are quite a few differences in the test day entry (number 53) and the actual 24-hour race entry (number 47). Number 53 did well at the test day, when it came in 24th overall. It is the car that survives today in the hands of Gerry Hulford who owns it since 1976 (UPDATE - unfortunately it does not survive but was written off in September 1970 - more here)

During the actual race in June 1969 Weld-Forester was to drive the special light weight Unipower GT together with Stanley Robinson, a customer who had bought the works racer. During practise it was reputedly clocked at 140mph on Mulsanne Straight and the French nicknamed it ‘la puce jaune’ (the yellow flea) for it being both tiny as fast. When it later lost a wheel at speed there was no serious damage, however the Unipower did not qualify for the race, probably because the time it set at practise was not enough for its class. So despite all the effort the Unipower team was never able to prove itself at Le Mans. Once again, the 1969 event was won by a Ford GT40.

Stanley Robinson kept on campaigning the Le Mans car after its maiden race, and did the 1969 Nurburgring 500 kilometres in it (9th in class); the 1970 Spa 1000 Kilometres (did not finish) and the 1970 Nurburgring 1000 kilometres (32nd overall). After that he converted the Mini based race car to Ford Cosworth FVA power and kept on racing it throughout Europe until it was written off at the Nurburgring in 1970. 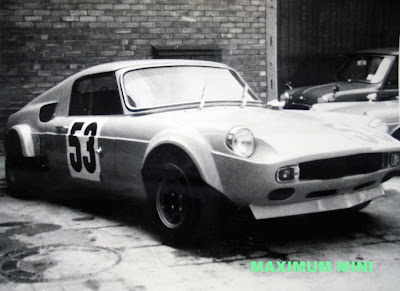 The Le Mans Unipower GT is ready for testing. I think this is still in London 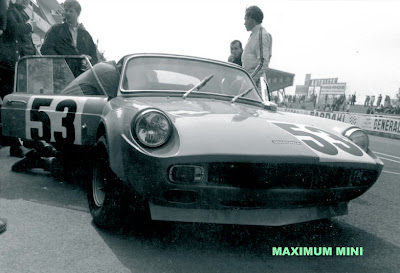 But this clearly is the Le Mans pit street. No mirrors for aerodynamic reasons? 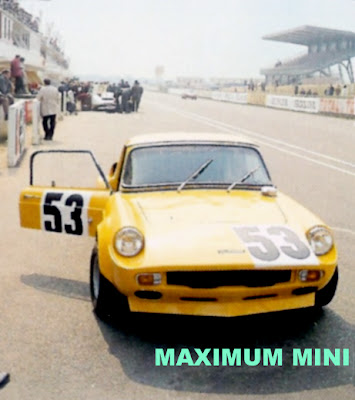 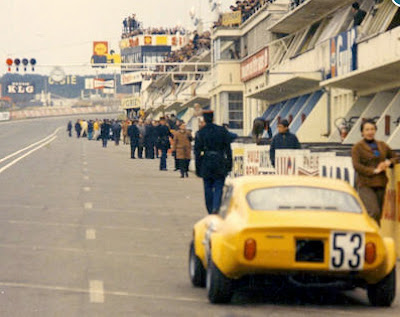 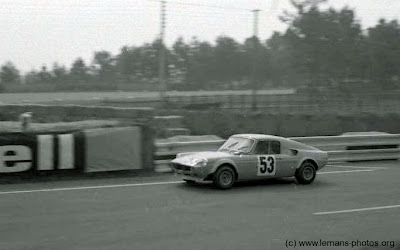 Number 53 Unipower GT came in at a respectable 24th on the test day
Picture courtesy www.lemans-photos.org 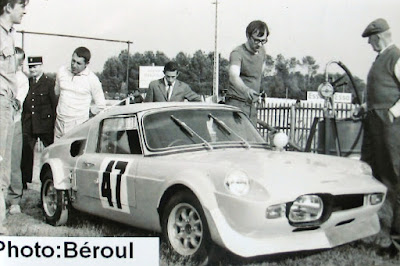 This number 47 is the actual Le Mans entry. I think it is an entirely different car
Picture courtesy Beroul 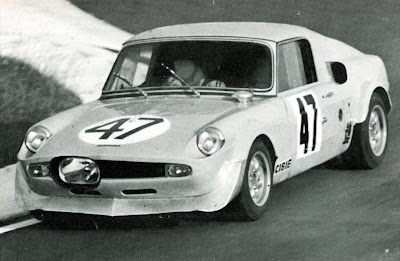 The air duct now runs along the complete front. And that's a massive spot light!
Picture sent in by Roald Rakers 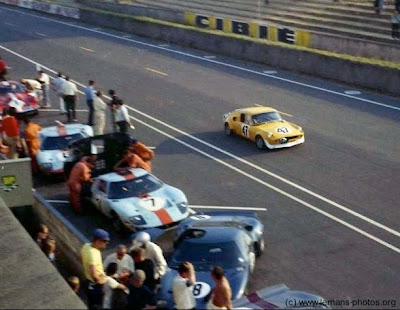 During qualification the car made 140mph but unfortunately it did not qualify
Picture courtesy www.lemans-photos.org

PS: Drop me a line in the comments below when you enjoyed my articles about Minis at Le Mans. I may be tempted to do a similar series for Mini derivatives in other famous races or at other famous tracks as I have so much more material. See for the other posts in this series: