This is the second part in a little series on the Deep Sanderson 105 ‘Twini’. Click here for the first part when you have not yet read about how the twin-engined single seater came to life. It wasn’t a particularly easy birth, but the real problem occurred when the car’s creator, Christopher Lawrence, had a severe accident in his Chevrolet Corvair on his way back home from 1964's Le Mans 24-hours race where he'd driven a Deep Sanderson 301 (full story here). Lawrence went to hospital in Paris not to return home weeks later. In total it took some 4 months before he returned to his workshop, only to find out that much of his cars were sold off. But, as he writes in his biography: "There was no trace of the car or record of its sale. I discovered eventually that John Pearce (the man who was sub contracted to build the 301s - JB) had helped himself to the car and it was gathering dust in the back of his emporium in Southall."

"I retrieved it from there in great haste as I had heard about Sidney Allard's upcoming 'Festival of Speed and Sport'. There were to be six drag race meetings, held on three consecutive weekends, all round the country and this would clearly be a perfect shop window for selling the Twinny. (...) The Twinny, with its fairly light weight, four wheel drive and manageable torque, was nearly always leading at one eighth of a mile, often causing the other driver to get flustered and start to miss gears and the like. Our esteemed hill climb champion of the time, Tony Marsh, who had borrowed the Ferguson P99 four wheel drive Formula 1 car, was beaten twice by the Twinny whose best elapsed time for the standing quarter mile was 10.9sec, despite not being as competitive as the Ferguson. John Pearce then bought the car saying he had a buyer for it in Houston, Texas, and I had always assumed that was where it went."

But in fact, it didn't. It was when I was in full swing with my book in 2006 when I heard the DS 105 was taken over by collector extraordinaire Duncan Rabagliati in more recent years. I phoned Duncan who told me he'd bought the car after having told a chap in the pub he was looking for Deep Sanderson badges for his 301, when the man in question said that he might have something that might interest him then. Duncan took over the 105 but decided the restoration would become too expensive for him, and offered it for sale again. Who took it over next? You'll read it in the last part soon. 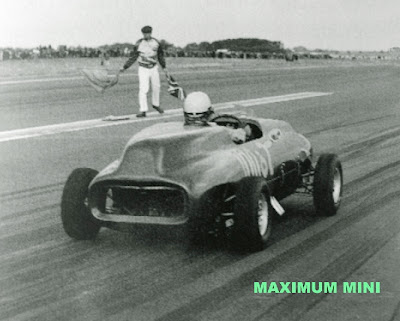 The Deep Sanderson Twini at the start line of one of the dragfests, Tony Kinch drove it
Source: Small Car magazine 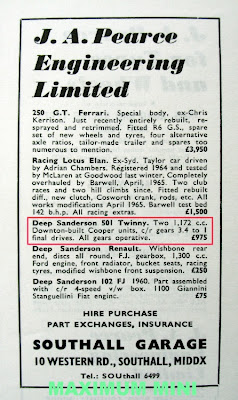 Pearce's advertisement in which the car is offered for sale in 1967
Source: Motorsport magazine 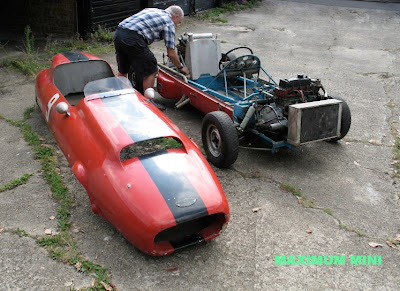 The car in 2006 emerging from a London lock up, with Duncan Rabagliati
Picture Jeroen Booij 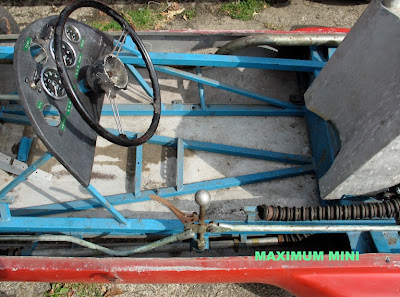 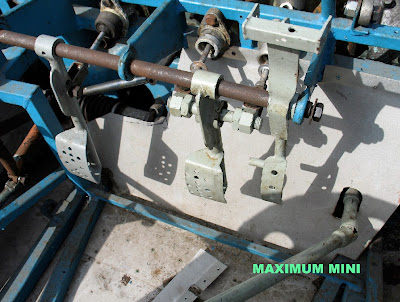 Pedal box: Lawrence said about DS 105: "I made it absolutely as simple as I could"
Picture Jeroen Booij