Last week, Paul Irvine asked me if I knew more about a GTM Rossa that appears to have been built specifically for the Silverstone track, which unfortunately I don't. Paul wrote: "Hi Jeroen. I have been messing around with Mini based kit cars for the last 30 years. With the research you have carried out over the last few years have you ever come across any information on the GTM Rossa shown in the photo? I have been trying to find out some details but have drawn a blank so far and thought you may know some of the history of this car." In fact the good looking Mk1 Rossa was new to me, although I did read somewhere that the car was restored using a 1293cc A-series with intercooled supercharger producing 200bhp and mated to a 6-speed Jack Knight dog box. Paul ads to that: "The first time I saw any photos of the car were on the GTM owners club stand. From what I have found out is the car was driven by Jackie Oliver, this may be misinformation as I have put a few posts on the owners club forum with little response. Maybe a few words on your blog would prompt a discussion?" Well, why not? So here we go mate: who knows more? 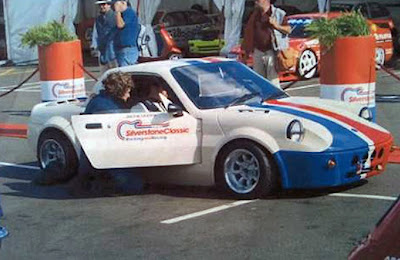