After a stack of Landar R6 images sent over to here by Tim Dyke last year, a few more pictures of this cool Mini based racing car were sent over to me recently by Andy Downes. Andy is a real Mini derivative fan, owning a Status Minipower chassis (more on that later), and came in here when looking for Deep Sanderson information. He wrote: "I am a Morgan man at heart (but also have a Gilbern Invader) and know well the exploits of Chris Lawrence, I went to the memorial service last week and saw the ‘Twini’ and also one of the early Deep Sandersons, hence I came to renew my interest and found you! I have wanted a DS for a long time but my dream would be a Landar... Find some pictures of a Landar attached that came from the guy I bought the Status from. They were taken at Donington racetrack but no idea when." Perhaps somebody else can shed a light on them? They surely seem to be of 1980s vintage..? 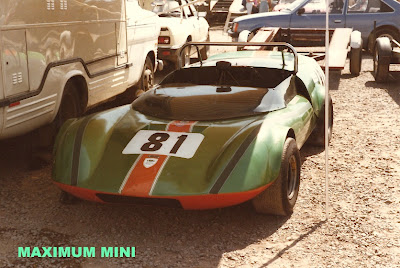 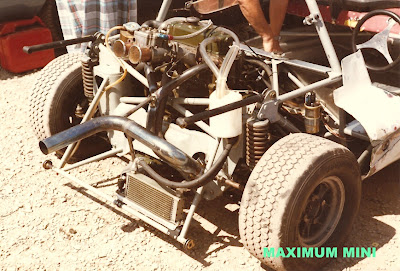 This appears to be another car, but it was snapped at Donington, too 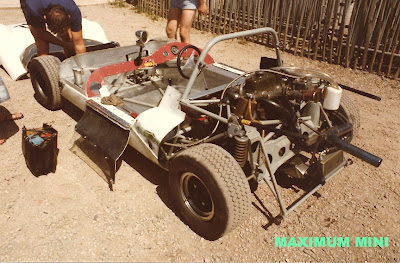