This is the final part in a series of three about the Deep Sanderson 105 ‘Twini’. Click here for part one and here for part two to read that the twin engined oddity was thought lost in southern US for decades, only to resurface in south London in recent years. When I saw it there in a true barnfind condition, the numbers of its last event (I think that must have been the sixth and last of Sidney Allard’s ‘drag fests’) still on its aluminium body under a thick layer of dust. It came with two engines, but they were not the correct ones, but apart from the seat all the bits and pieces were there. But who was able to carry out the restoration? Unfortunately Christopher Lawrence himself could not afford the car but help was at hand, this time from his former employee Larry Webb.

Lawrence’s biography was published in 2008, when work on the restoration of the Twini was in full swing. In the epilogue of the book he wrote: “Since I concluded the main narrative, several things have happened which have been very rewarding, and which have ensured that the transition from full time employment to retirement, as such, has not really happened. In the first place, quite recently, a possibility that was mentioned in the Twinny story has now occurred, and the Deep Sanderson 105 now resides in my workshop, due to the kindness of Larry and Judy Webb.”

Lawrence worked hard to get the car ready for the 2008 Goodwood Festival of Speed, where he raced it for the first time in 43 years. 1071cc engines in full Downton specification were now fitted and, like its very first outing at Brands Hatch, the body came unpainted. Lawrence told Classic & Sports Car’s Mick Walsh in 2010: “It was an emotional moment. After the first two corners, I opened it up in front of the house. The acceleration was fantastic and it felt as if we’d switched back to the 60’s.” Walsh drove it in the wet and concluded: “With the Mini’s sharp steering and superb lock, it’s agile and this baby Quattro whizzes around on the damp grass for return runs. This mad racer is compulsive fun, but just imagine the thrill of running it in the dry at the Brighton Speed Trials.” Fancy doing just that? Call Larry Webb at 07860 969696 who now offers the car for sale here, or give it a go at the auction in two weeks time. It has no reserve… 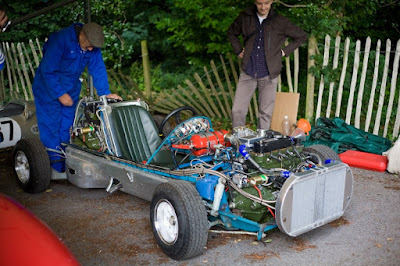 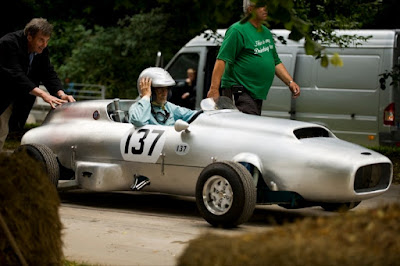 As in 1963 at Brands' the aluminium body is now once again unpainted
Picture: Lozzy Loz, flickr.com 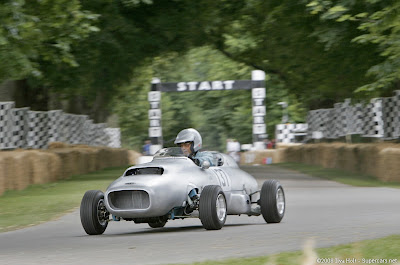 First drive after 43 years: "It felt as if we’d switched back to the 60’s"
Picture: Ilya Holt, supercars.net 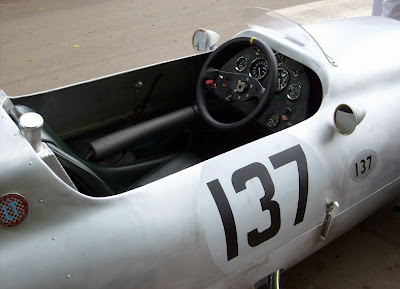 Modern wheel and new seat, but most of the 'Twini' is like it was when new
Geplaatst door Maximum Mini op 12:21