Over the last months I have been writing a lot about Deep Sandersons. In the first place because I quite like them, but secondly because these Mini powered machines played a bit of a role on the hallowed racing grounds of Le Mans (about which I wrote a series of articles here). Oh, and last but not least, two rare examples of the breed came for sale recently (see here and here).

Anyway: when a local classic car dealer rung me two weeks ago to report there was a man in his office, claiming he owned a Deep Sanderson body, my interest rose once again. It appeared to be true, too, or at least most of it, as I found out a couple of days later when I looked up the chap myself. From his rural shed emerged in fact two complete boot sections, four door post/sill sections, four doors plus skins and two bonnets for the Deep Sanderson 301. The bits missing are the front sections with pillars and roof.

How did they end up with him in the first place? Well, well. One day in the mid-1990s, he'd had the idea to build himself a replica Deep Sanderson. Actually not a 301 but a Martin V8-powered 303 was the idea, having only to stretch the boot section for that (apart from building a chassis from scratch plus tracking down all the mechanical bits, including an extremely rare Martin V8 engine - that is!). Anyhow: the original moulds were borrowed (with the front section missing), and these sets were nicely laminated in lightweight configuration. Not bad for step one.

But you guessed it: step two was never made, and the car never materialised. Over 15 years later, the body parts are still unused and as our man's projects have moved on, the plan is to sell them now. I have asked one or two people who may be in for them, but I couldn't resist putting them up here, too. Drop me a line when you are interested. Oh, and do let me know when you get Deep Sanderson tired, too. 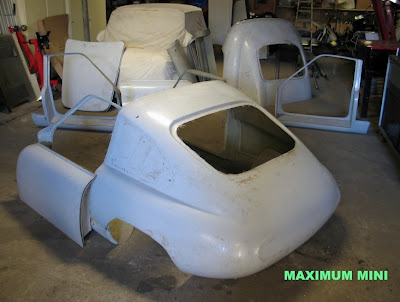 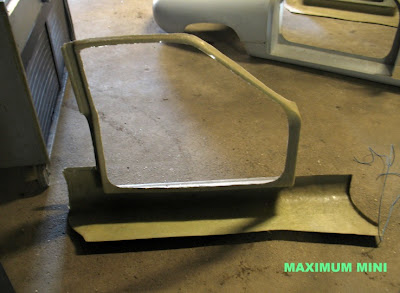 Doorposts and sills in one. Fibreglass comes in lightweight configuration
Picture: Jeroen Booij 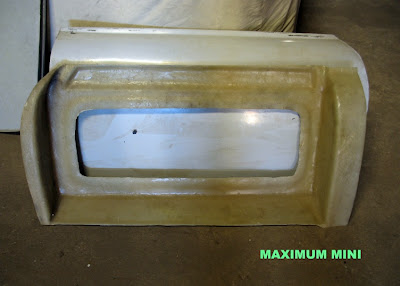 Doors themselves are deep and come with separate door skins
Picture: Jeroen Booij