So here we go. This is the list of cars that I know of now - a total of 14 cars, while 24 were supposedly made. Who can ad more?
TFD 47G - The prototype. This car has been found and is under restoration now. (more here)
XFD 90H - This was the company's demonstrator. I understand it survives but haven't seen it
AFD 95J - Bronze yellow - no further information
BFD 41J - Bronze yellow - no further information
BFD 131J - Red - Hidden in a garden (location known) but no further information (more here)
BFD 88J - Red - Clubman nose, owned by ABC's Trevor Powell's son when new (more here)
CFD 39J - Light Blue - body almost unrecognizably modified
CFD 40J - Red - No further information
RFD 654K - Green - Clubman style nose. Advertised in 2011, current whereabouts unknown
HFD 601K - Red - fully restored by Roy Kirkham, featured in Maximum Mini 2 (here)
JFD 358L - Originally Bronze Yellow, now bright yellow and fully restored (more here and here)
LFD 504L - Bronze yellow - now in the USA in a brighter yellow colour
LFD 984L - Green - Rear end after crash in the late-1970s
Unknown black car - Said to be a Tricar but I'm not sure 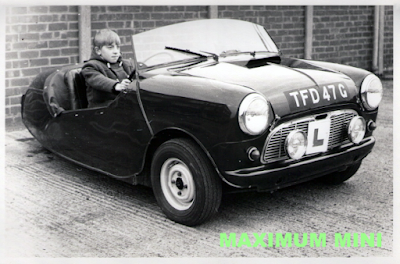 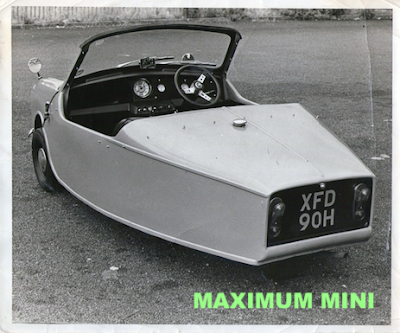 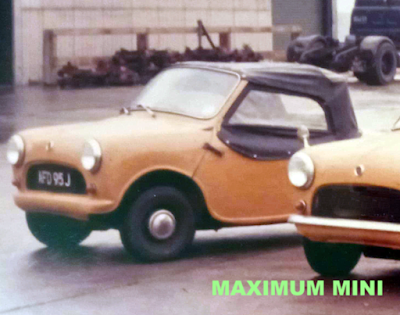 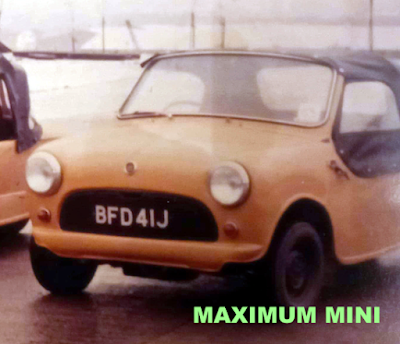 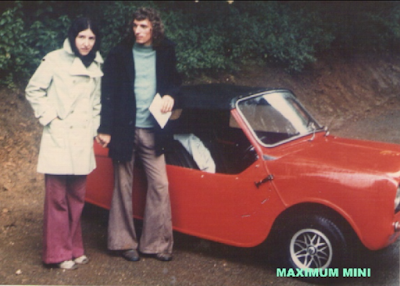 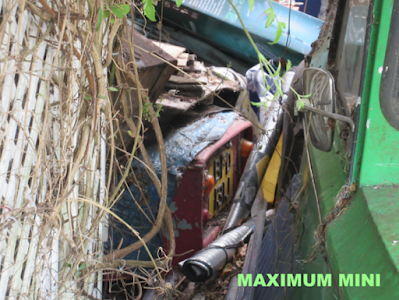 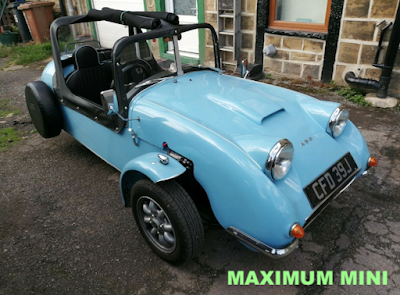 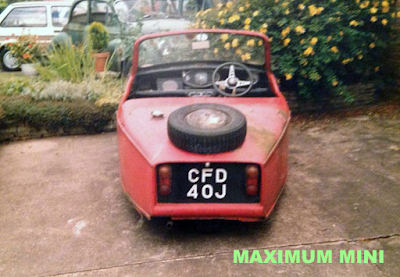 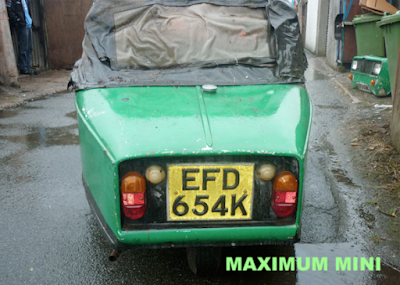 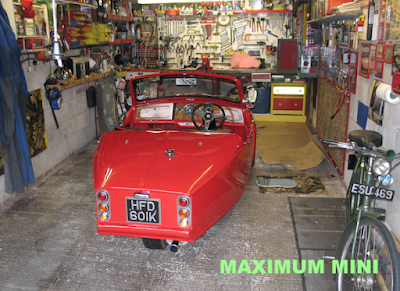 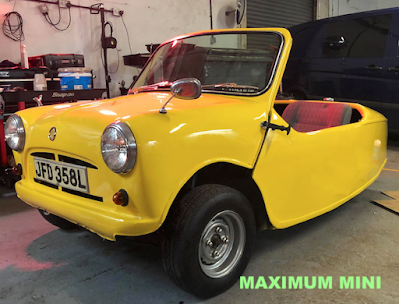 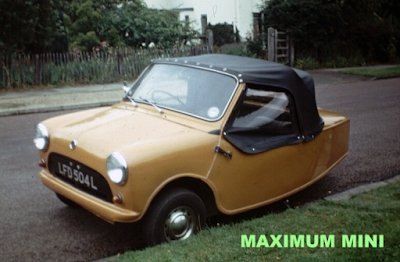 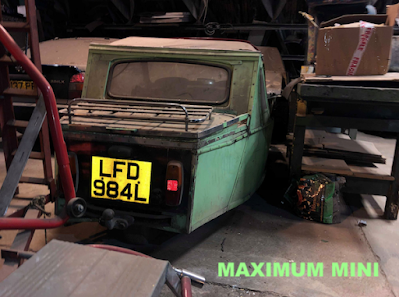 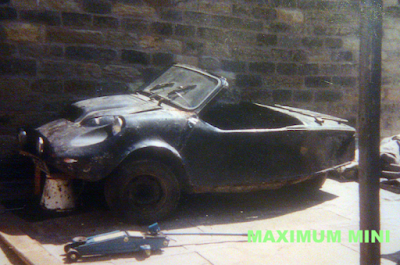